A mainly linear orchard of 20 apple and pear trees; they are the relict of extensive commercial orchards that were grubbed up in the early 1970’s. The fields are now part of Scadbury Park. 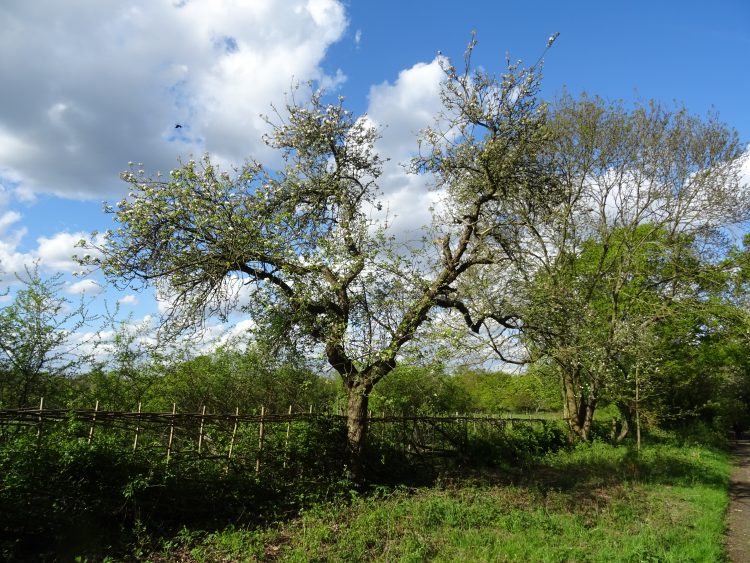 Can I visit? Yes it is in a public park

How do I get there? The orchard is in the South East corner of Scadbury Park. Train to Chislehurst and 269 bus (from Stop A) to Beaverwood Road. 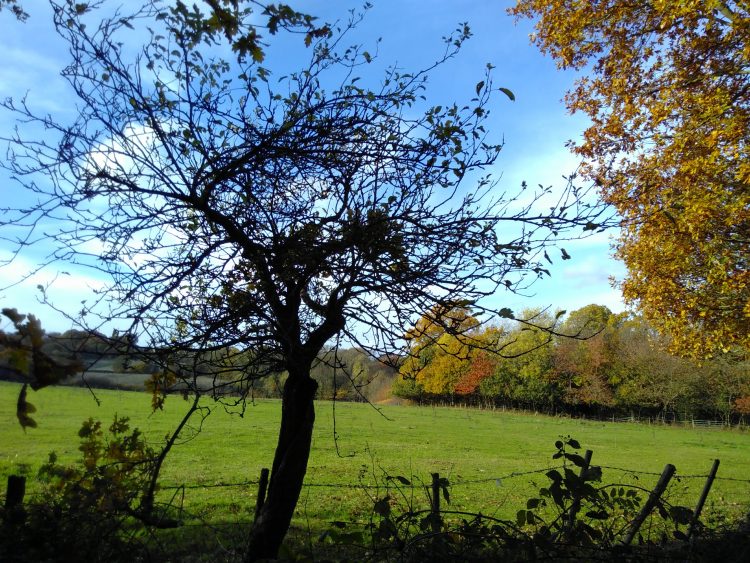 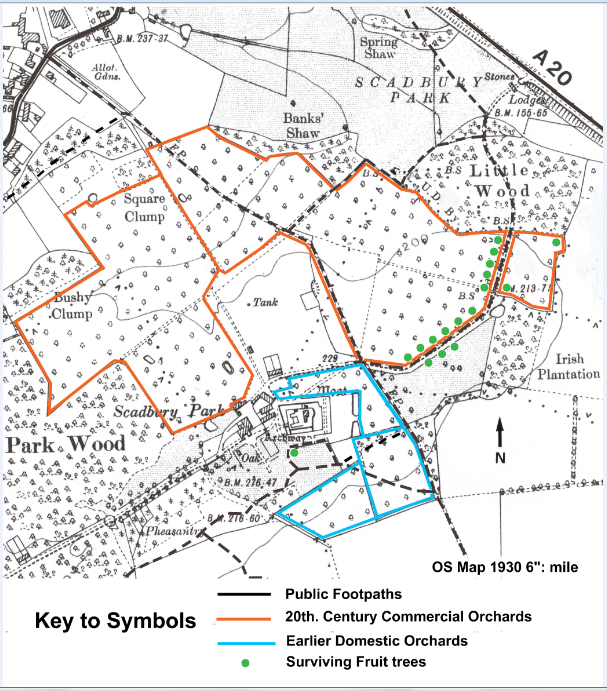 Not all the trees have been identified but trees that were planted in the orchard also included Annie Elizabeth, King of the Pippins, Norfolk Beauty, Royal Jubilee, Duke of Devon, Cox’s Orange Pippin, Allington Pippin. 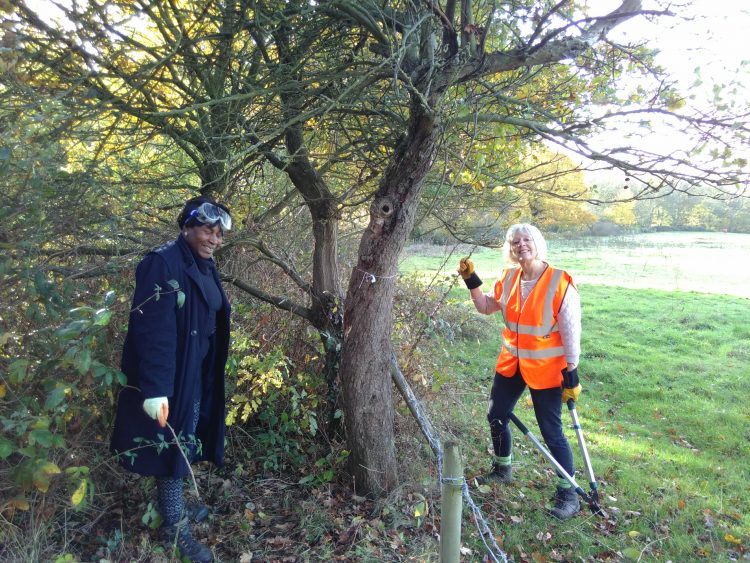 The first mention of orchards at Scadbury is an estate valuation from the late 17th Century. This refers to ‘large garden and orchards enclosed with brick walls and planted with excellent fruit.’ At that time the main orchards were south of the moated manor house. The 1727 Inventory of Scadbury Manor lists a cider press and cider trough in the brew house. In 1738 the manor house was pulled down though the orchards remained in use. The 19th Century saw Scadbury Park Farm managed by estate bailiffs on behalf of the Tounshend family. An 1810 map shows small orchards to the north of the farm, and to the south and east of the moated manor site. 1920’s – 1971. Hugh Marsham-Townshend decided to set up commercial fruit farming at Scadbury. He bought fruit stock from Bunyards and employed a specialist orchard man – Joseph Biggs – to manage the orchards during the late 1920s and 1930s. An apple store was built on the moated island. Records show the estate still had 52 acres under orchards during World War 2. After the war costs increased and there was more competition from abroad. The orchards were eventually grubbed up in the early 1970s. Bromley Council bought the estate in 1983 to create a local nature reserve. A tenant farmer keeps horses on what once were fruit fields. What remains are the survivors along the edges of the fields.  (Research by Orpington and District Archaeological Society) 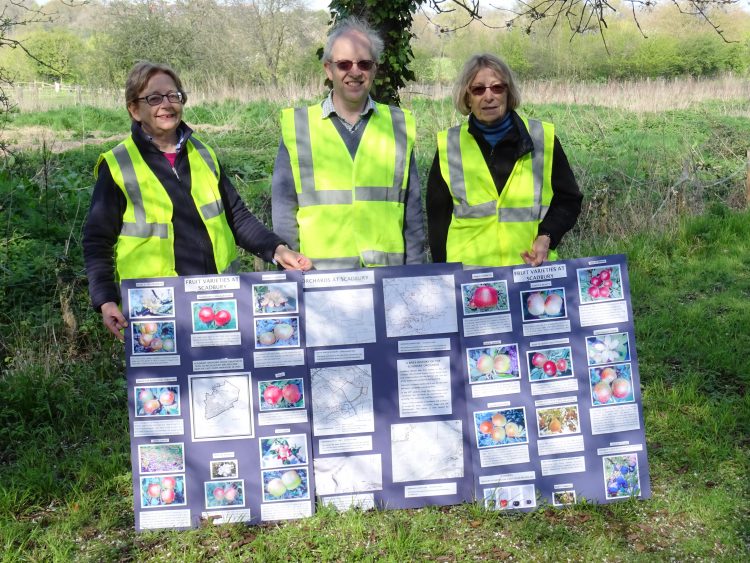 Janet, Michael and Ann from ODAS with their orchard history display for the 2018 Apple Day

The trees are veterans, full of cavities, rot holes and dead wood, and so wonderful habitat for fungus and invertebrates. The site also has a wide range of woodland and parkland birds. 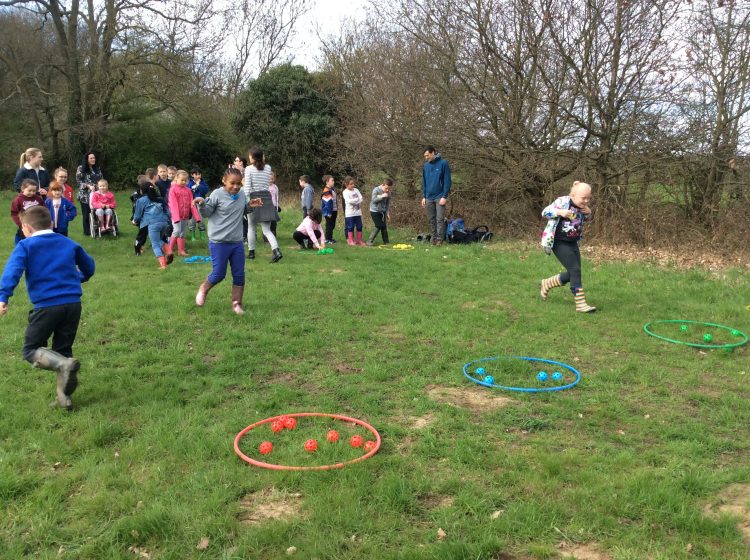 The Orchard Project worked with the local park ranger, with ODAS, Friends of Scadbury Park and The Shaw Trust in 2018-2019. We ran an Apple Day, a schools workshop with Midfield Primary, two restoration workshops to clear around the fruit trees and prune them, and a grafting workshop where we propagated some of the old apple trees. We also identified some of the apple and pear varieties by DNA and produced name tags, and produced an orchard management plan. 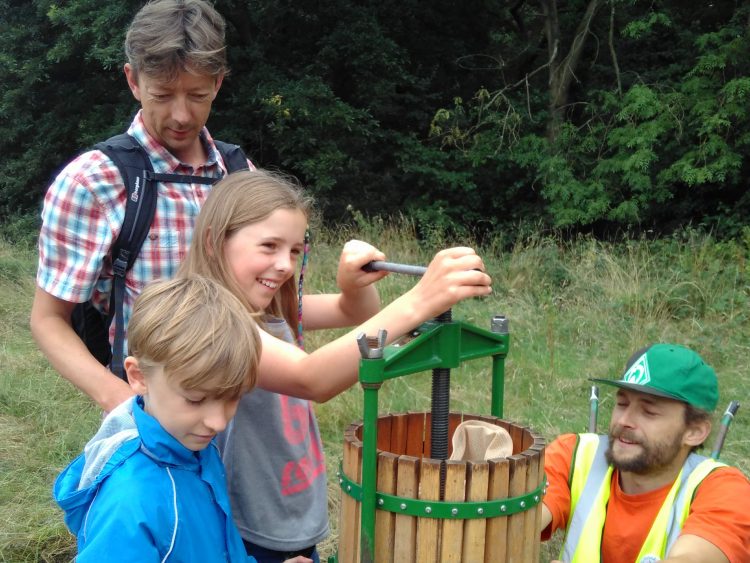