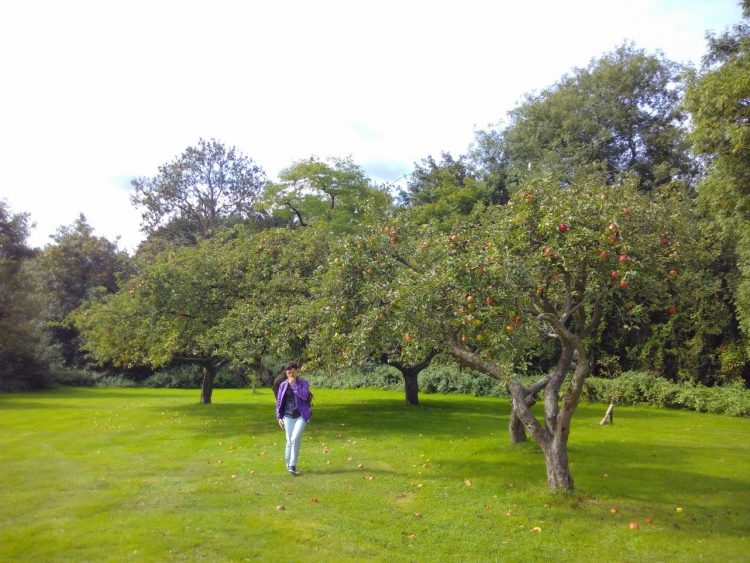 Here you will find two veteran orchards on the grounds of a theological college that used to be part of large estate incorporating nearby park and ancient woodland.

Where can I find it: Oak Hill College, Chase Side, Southgate N14 4PS

Can I visit? It is on private land so currently only open to residents, but there are plans to make it more accessible. Visits are arranged for local schoolchildren, and people can get involved in harvesting, by arrangement. Contact: orchard@theorchardproject.org.uk

What can you find there: There are two orchards, both around 80-100 years old: the walled orchard has around 22 apple trees plus some espaliered pears.

The other orchard has 7 old apple trees and 2 overgrown espaliered pears, and 4 young apple and plum trees planted in 2016. Varieties include Bramley’s Seedling, Peasgood’s Nonsuch and possibly a Thomas Rivers. 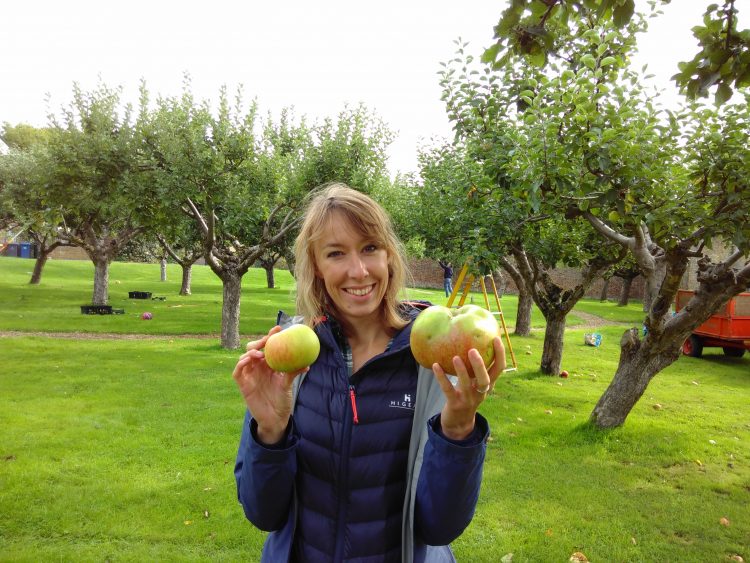 In the Middle Ages, the site was part of land owned by St Albans Abbey (along with what is now Oak Hill Park and Oak Hill Woods) and known as Monken Frith (meaning a wedge-shaped piece of land.) The area was famous for its oak trees, which were used to build the abbey. In 1536 the Church sold the land and several private estates were created, including Oak Hill Estate.

The estate had various owners over the years, and in 1810 it was bought by Sir Simon Haughton Clarke, a fellow of Royal Horticultural Society. He built a vinery, and the estate became famous for its grapes and pineapples.

The estate was later owned by the prominent banker Charles Baring Young who donated it to the council in 1936 when it became a theological college.

It is thought the current orchards date from around 1936.

There are many veteran trees with cavities and deadwood, good for invertebrates such as beetles. Lots of fungus including Greasy Bracket, Shaggy Polypore, Oak Bracket, Lacquered Bracket, Artist’s Fungus and Chicken of the Woods, Ear Fungus. Lots of lichen. 25 species of butterfly have been found there including Small Copper, Ringlet, Gatekeeper, Speckled Wood, Holly Blue and Common Blue. On a wildlife walk we found a female Migrant Hawker dragonfly. 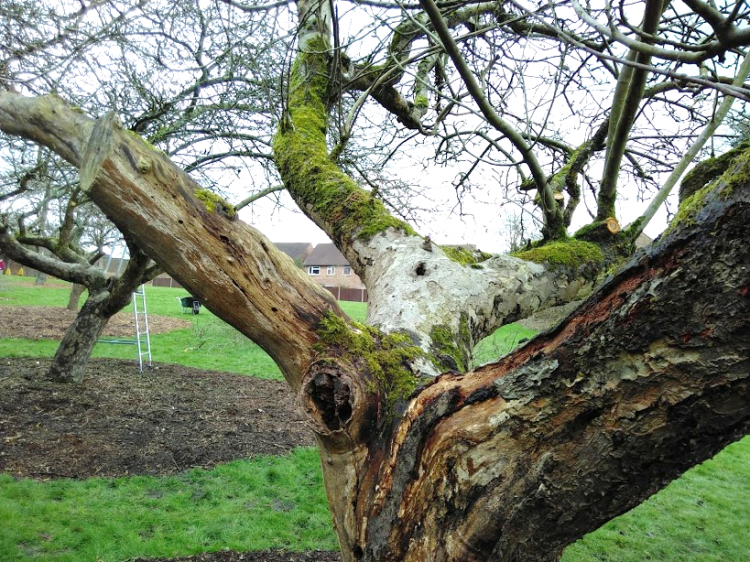 In 2017-2019 The Orchard Project ran a pruning workshop in the orchards, where we started the process of stabilising the old trees by reducing weight from some of the limbs. We also wrote an Orchard Management Plan for the gardening staff. We have organised harvests there, and we ran a summer Wildlife Walk for local residents in conjunction with the London Wildlife Trust. In spring 2018 we ran an outdoor workshop in the orchard with Year 5 pupils from nearby Monkfrith School. 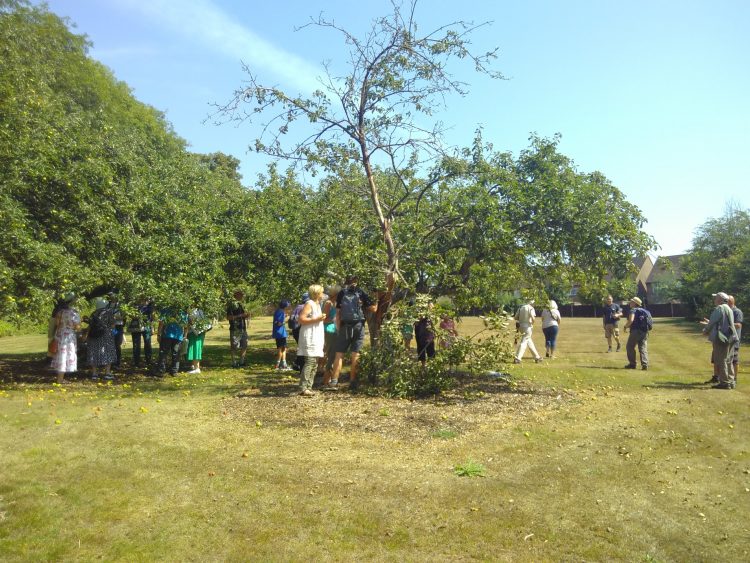