The orchard was once part of the gardens of Grim’s Dyke House, the former home of W. S. Gilbert and his wife Lady Gilbert, and was planted between 1900 and 1930. The orchard is a collection of 27 large, mature fruit trees, mainly apples. It is a remnant of a larger orchard that is in the process of being enclosed by secondary woodland. 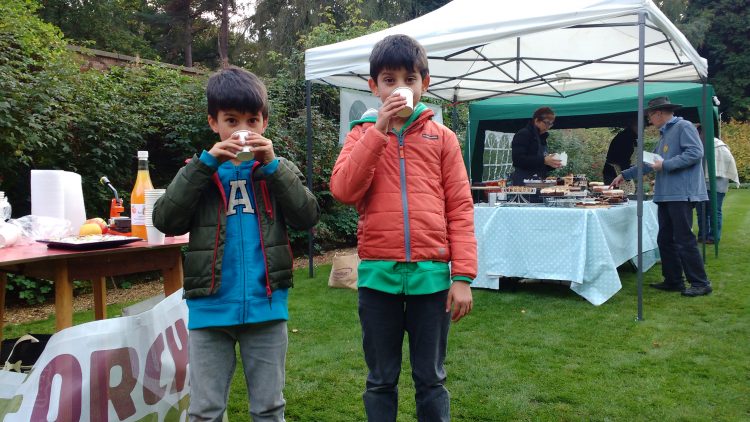 Varieties identified by Jim Arbury from RHS Wisley, include:

Finally in 2016 a further 2 apple trees, Peter Lock and Ribston Pippin, were planted. 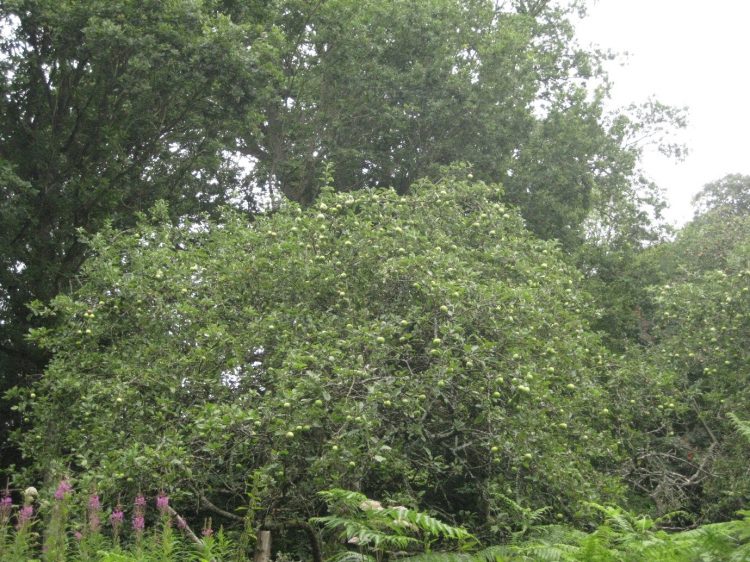 Where can you find it: Old Redding, Harrow, HA3 6SH (Behind Best Western Grim’s Dyke hotel) 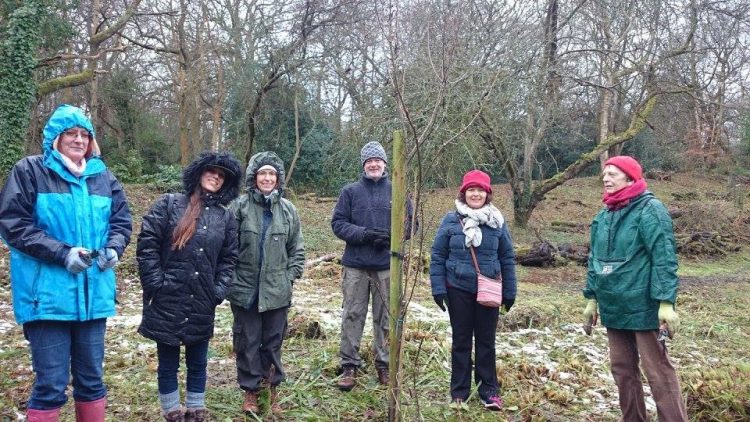 The orchard was once part of the gardens of Grim’s Dyke House, built around 1870 by architect Norman Shaw for the Victorian painter Sir Frederick Goodall. From 1890-1911 it was the home of the librettist Sir William Gilbert (of Gilbert and Sullivan fame). Gilbert and his wife were keen gardeners, and it is believed the orchard was planted during the time they lived there (Gilbert drowned in the pond in 1911 but his wife lived there until her death in 1936.) The house was converted to a hotel in 1970.

Grim’s Dyke is a Scheduled Ancient Monument – a Saxon earthwork and ditch that served as a boundary marker (Grim is the Saxon word for devil or goblin!).

The orchard and hotel grounds are listed in the Historic England’s Register of Parks and gardens. Weald Wood is ancient woodland (dating back to before 1600) and the area (Grim’s Dyke Open Space, also Harrow Weald Common) is a Site of Metropolitan Importance for Nature Conservation.

The orchard is a collection of 27 large, mature fruit trees, mainly apples. It is a remnant of a larger orchard that is in the process of being enclosed by secondary woodland. Many of the surviving trees are veterans with several hollow trees, phoenix trees with decaying wood, cavities and associated niche habitats. There are a number of standing dead trees and some log piles. 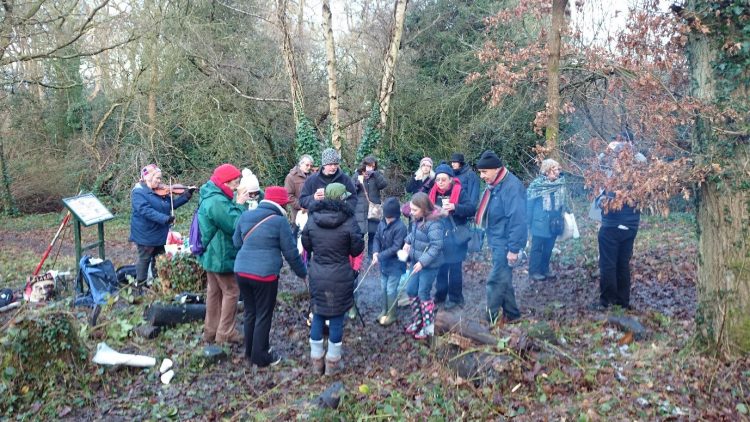 Toasting Marshmallows at a Community Wassail, featuring The Bailey Sisters

Lady Gilbert Orchard has excellent decaying wood habitat supporting a broad range of deadwood species including rare and nationally scarce fauna. The site also offers a diversity of other habitats.

The orchard is important for invertebrates in general and wood decay species in particular. This is undoubtedly because of the collection of old fruit trees on site and their associated features such as: decaying wood, rot holes, wood mould, dead bark and fungal fruiting bodies.

The surrounding woodland has Lily of the valley Convallaria majalis, and Bluebell Hyacinthoides non-scripta. 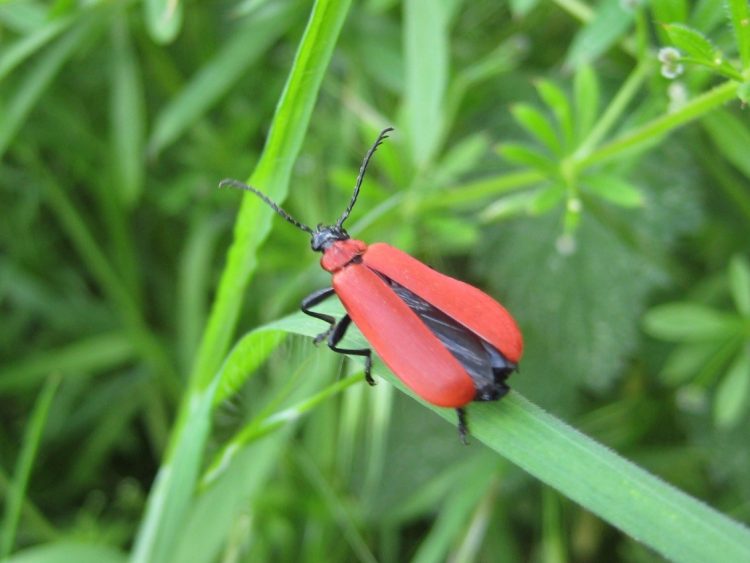 Local residents have held an Apple Day in the Rose Garden of Grim’s Dyke hotel in October for the last few years and organised their first Wassail there, with storytellers, singers and musicians, in January 2017.

The Orchard Project helped to restore the orchard in 2016/17. We commissioned tree surgery to allow more light to the fruit trees and worked with local volunteers to prune the young and the veteran trees. We commissioned an invertebrate survey, wrote and orchard management plan, and identified some of the varieties. Together with volunteers, we have harvested the fruit, and run an Apple Day and Wassail. We also identified some of the varieties and labelled the trees. 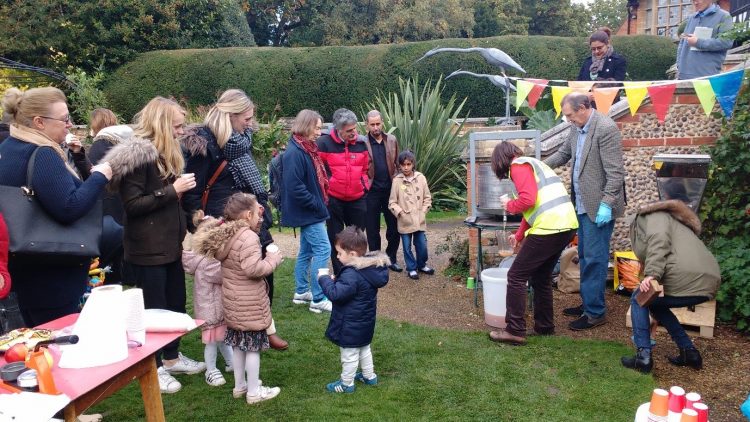