An old orchard of pear and apple trees on the grounds of La Retraite Roman Catholic Girls’ School, formerly a convent. 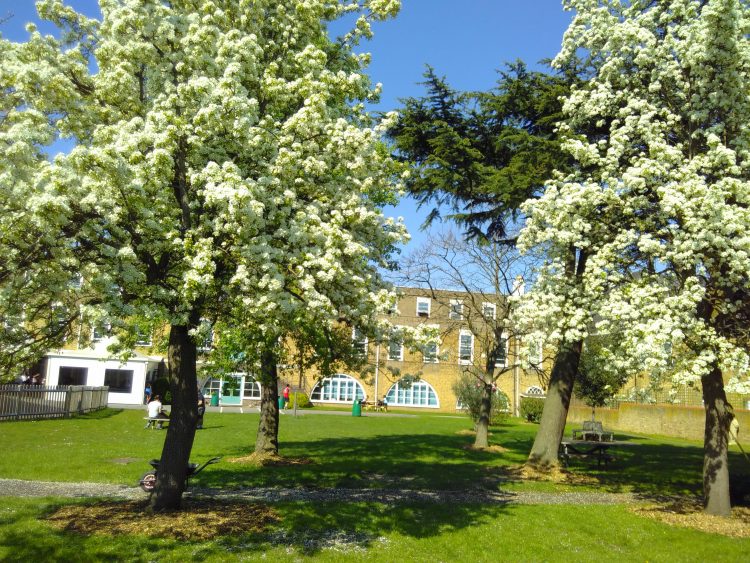 Where is it? Atkins Road, Clapham, south London

Can I visit? It is on the grounds of a school so not open to the public. 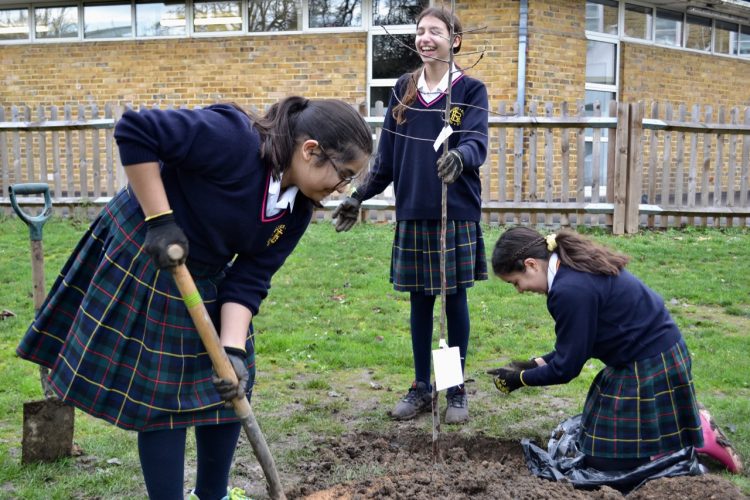 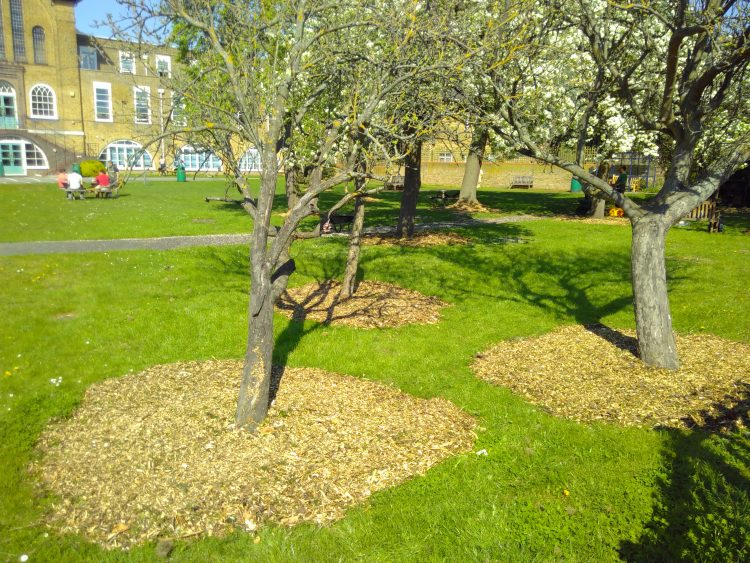 The school was built in 1880 on part of the grounds of Clapham Park, by Les Dames de la Retraite, a French religious order. It is not known exactly when the current orchard was planted, but it can be seen in a historical map from 1944:

Teacher Wanda Jarrett and school students, including those doing the Land Based Studies course. 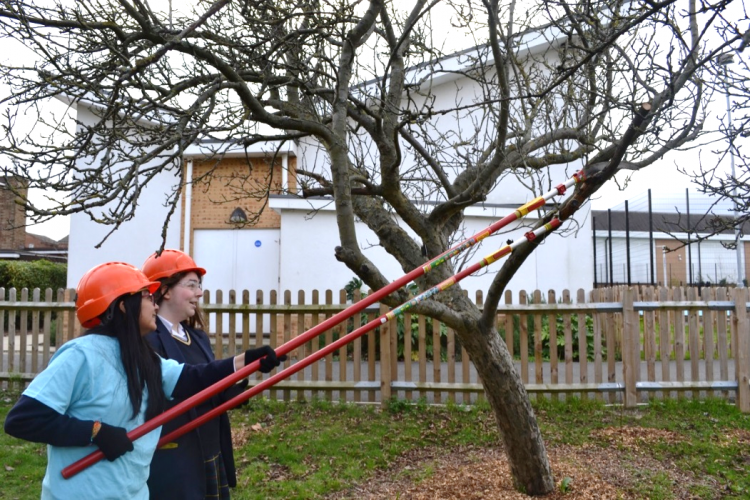 The Orchard Project worked with the school in 2018-2019. We helped pupils to mulch the trees with woodchip, and to plant herbs and sow wildflowers; we ran a workshop with Year 7 pupils in orchard habitat; we harvested fruit, pruned the veteran trees and planted 4 new apple and plum trees; and we identified two of the veteran apple trees and labelled them. 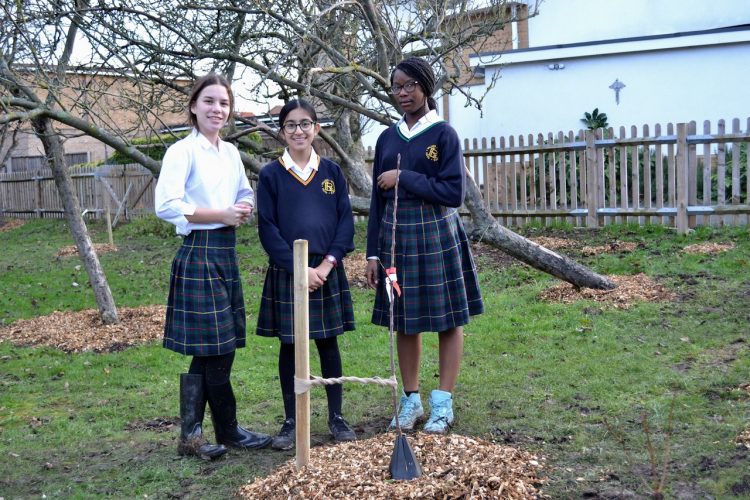