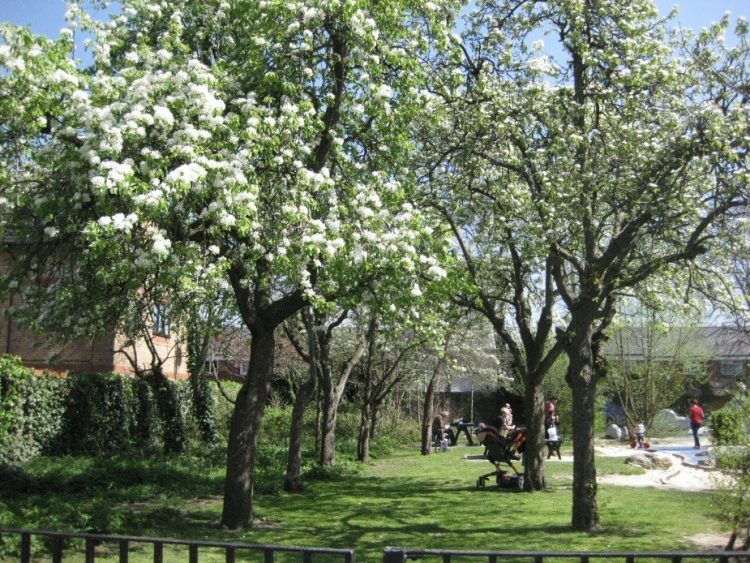 At Forest Lane Park orchard there are two rows of pear and apple trees in the children’s play area of an east London park.

Can I Visit: Yes 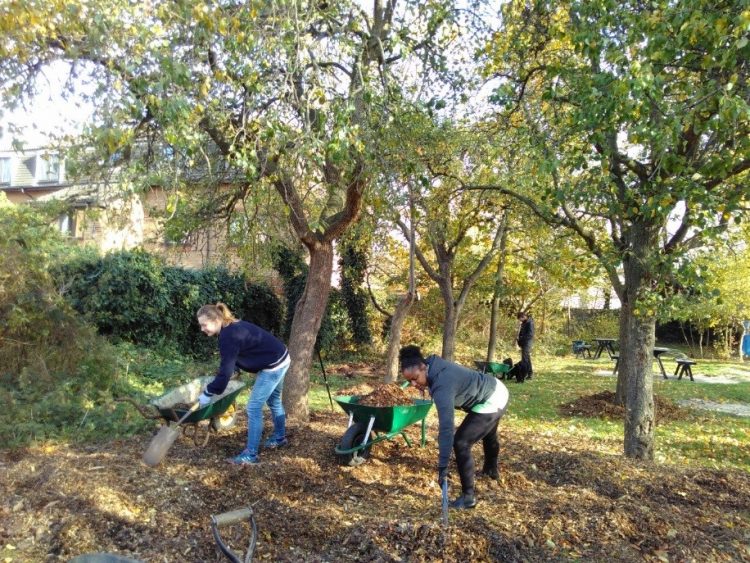 What can you find there?

There are 5 old pears and an old apple tree in the play area, plus 2 younger apple trees; there are two more pear trees and a large cherry plum in the main park. Pear varieties include Louise Bonne of Jersey and Beurré Hardy. 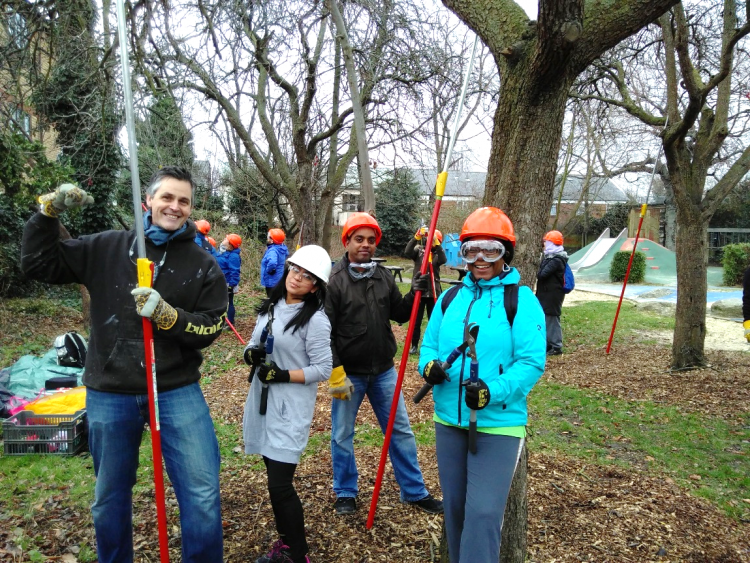 The park is on the site of Wood Grange Manor, bought in 1847 by Quaker banker Samuel Gurney, who gave the land to Whitechapel Board of Guardians in 1852. Forest Gate Hospital Industrial School for poor children was built here in 1854 and remained till 1905.
It became a workhouse and later a hospital, before becoming redundant in 1984. The building is now private flats. The park was developed in 1991. Origin of orchard unknown. 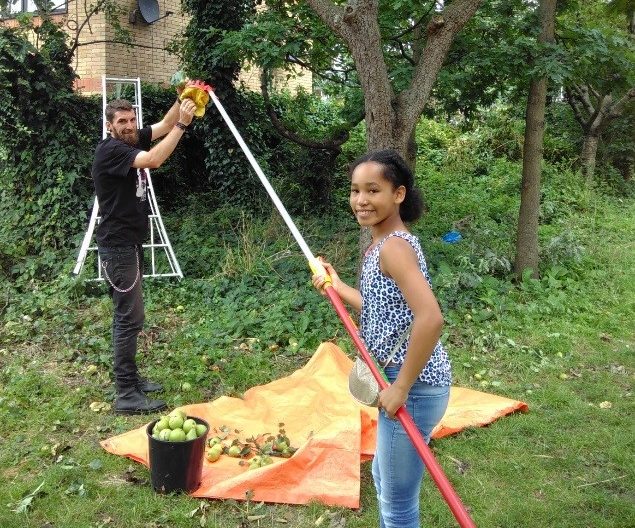 The Orchard Project worked with Newham’s Community Neighbourhood Manager, Active Newham, Woodcraft Folk, Newham Conservation Volunteers and local residents in 2017/18. Together we pruned and mulched the trees, harvested cherry plums and pears, and carried out a “minibeast hunt”. The Orchard Project ran a grafting workshop, an outdoor class in the orchard for pupils at St James C of E primary, and took part in the Forest Lane Park Easter Egg Trail and Fun Day. Volunteers attended Orchard Leader Training. 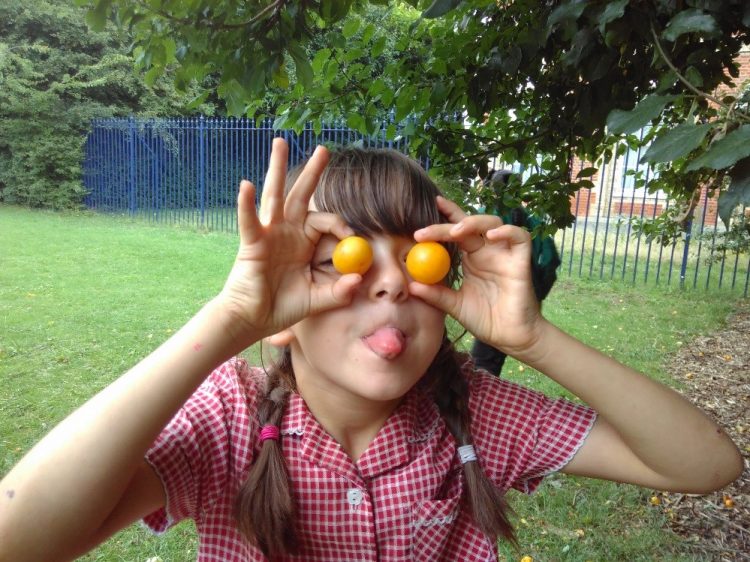