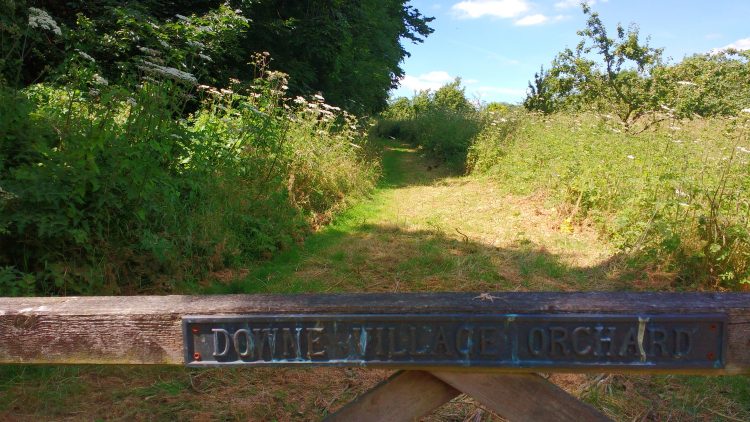 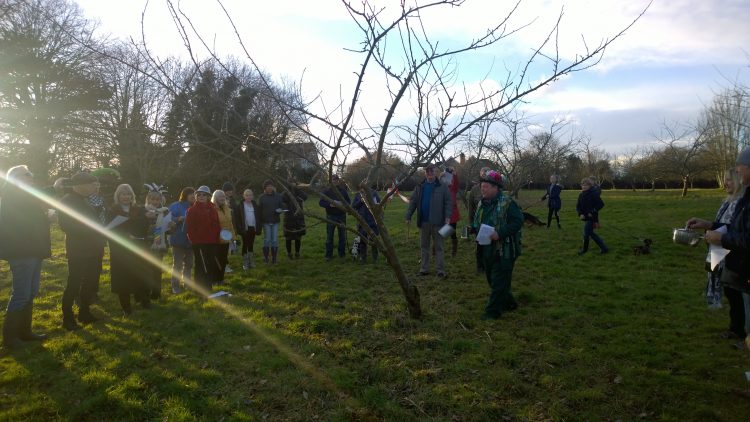 The site was former allotments; adjacent land to the north was once an orchard. Downe House, where Charles Darwin lived is close by. 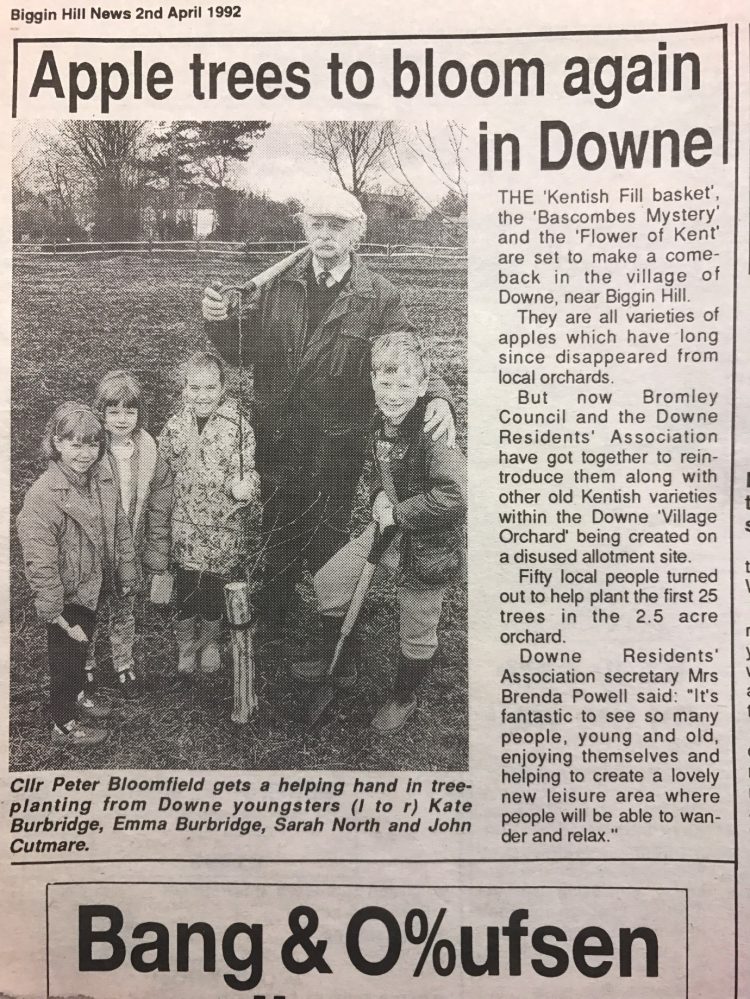 In 2007, 27 species of lichen were recorded in the orchard. In late 2016 the number of lichen species has increased to 50. Although none of the lichens can be considered rare, some are not common in the London area (Physcia stellaris, Physcia aipolia, Hypogymnia tubulosa and Usnea spp). Six trees have been successfully seeded with mistletoe. This is a habitat for the mistletoe moth. Bromley conservation volunteers have laid hedges bordering the orchard. As the site is seeded with wildflowers such as cowslip and bluebell, the grass is cut once annually. 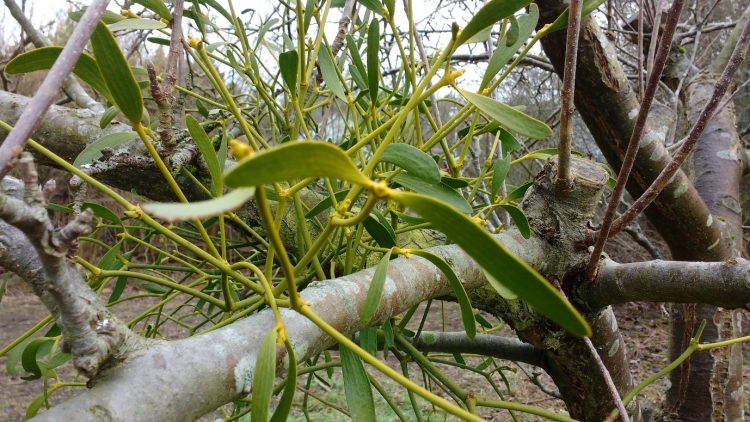 Mistletoe seeded on the Apples

Local residents through Downe Village Club and Downe Residents Association are actively involved in maintaining the orchard, from pruning to apple days and harvests, with active support from Bromley Conservation Volunteers through work days supervised by site wardens. 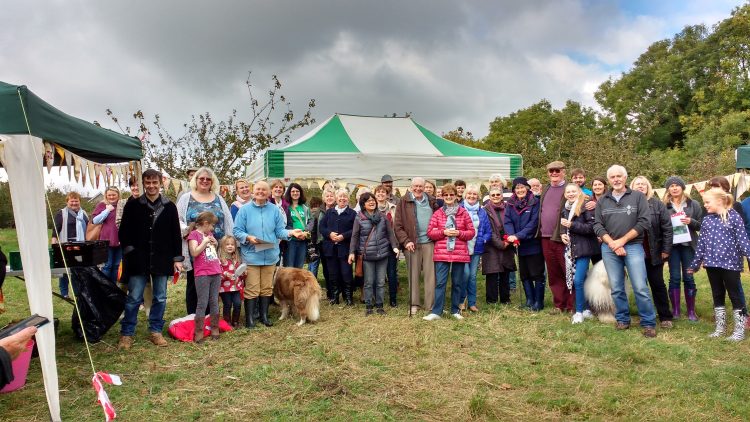