Blondin Park Community Orchard was planted in 2003 with over 40 apple and pear trees. In addition to this formal orchard, there is a wild food area containing olive, apricot, peach, quince and medlar. 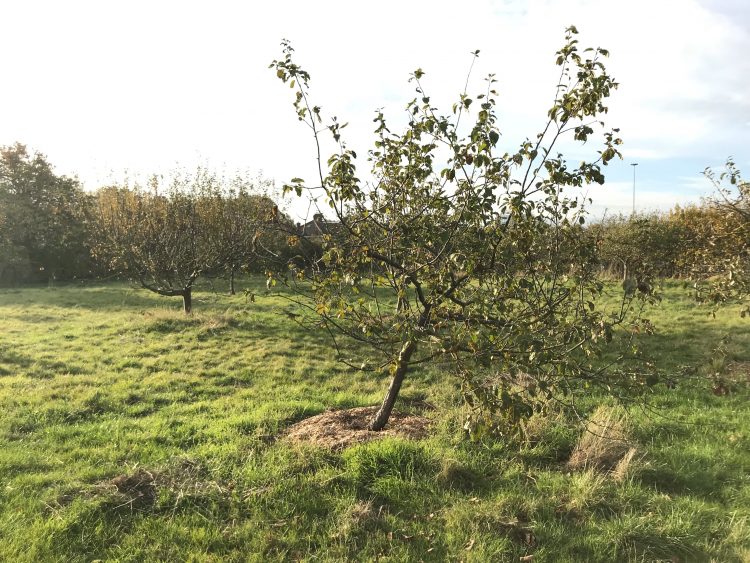 Where can I find it?: Blondin Park is in Ealing close to Brentford and Boston Manor. The orchard can be found on the western side of the park, close tp the entrance on Boston Manor Road. The closest tube station is Boston Manor or the 195 or E8 bus stops close by.

Can I visit? Yes it is public land.

What is there? The park contains a large area of amenity grassland with football pitches and a play area. The nature area on the western side of the park contains a woodland, pond, wildflower meadow and an area of hazel and cobnut trees. The orchard is surrounded by an open grass meadow. 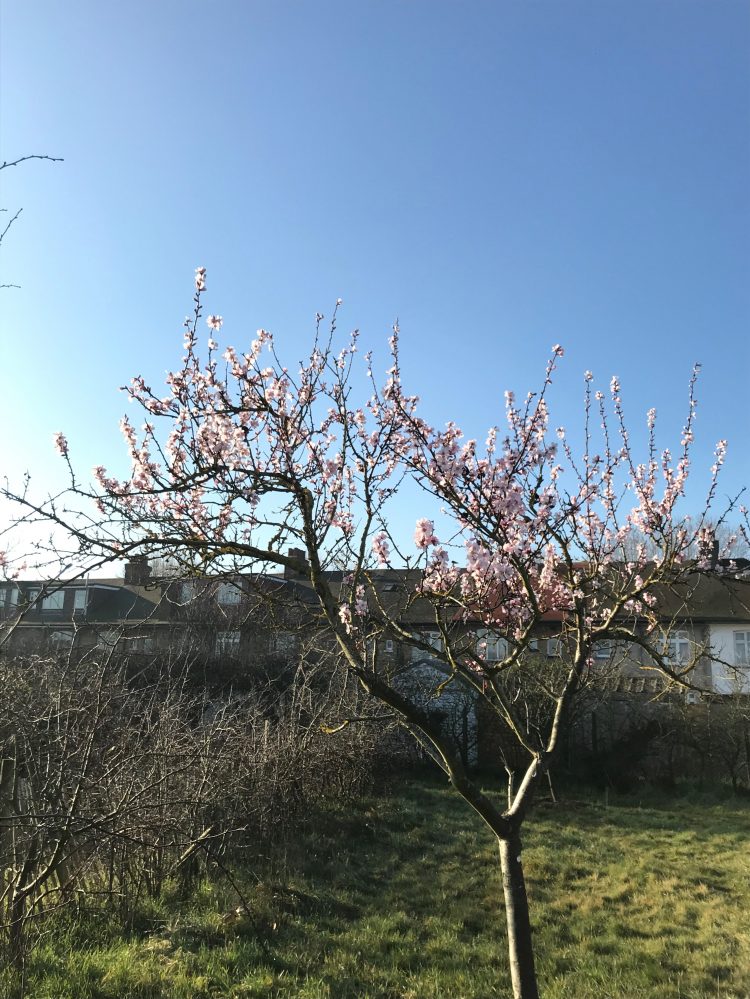 History: Blondin Park lies on the former site of Boston Farm, much of the land of the farm were traditional orchards. In the 1928 the land was bought by Ealing Town Council and turned into public park land. The park was later named after Charles Blondin, a French tightrope walker famous for crossing Niagara falls, who spent his last days in Ealing close to the park. In 1997 part of the park was designated as a nature area, with a wildflower meadow and orchard.

Biodiversity: The nature area of the park surrounding the orchard is rich in flora and the large wildflower meadow was reseeded in 2018. There is a great variety of fruit trees including cobnuts, almond, apricot, olive and peach. There are large areas of cherry plum trees, likely to be remnants of the historic orchard on the site.

The orchard area is a good site to see butterflies, particularly the grass dwelling skippers. There is also an abundance of bird life, such as a resident song thrush often heard on spring mornings. 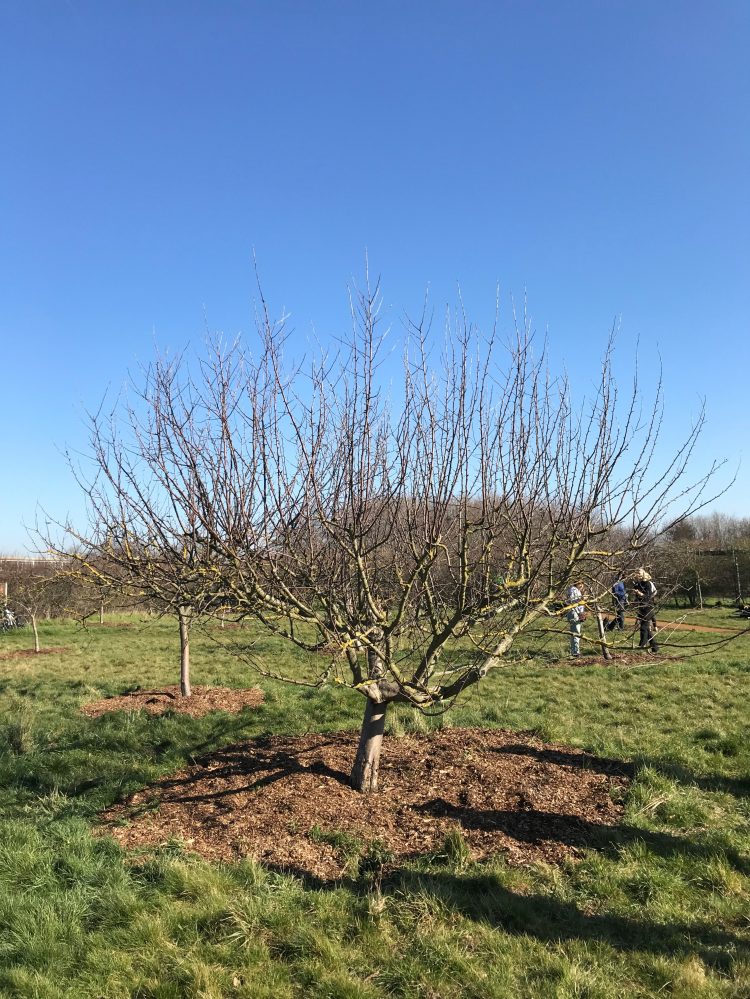 Community: The park is managed by rangers from Ealing Council in conjunction with the Blondin Consortium. They hold occasional volunteer days, more details can be found here.

Working Together: TOP have worked with the Blondin Consortium over 2018 and 2019 to summer prune the stone fruit and winter prune the apple, medlar and quince. We also mulched the mature trees to reduce competition from grass, retain moisture and provide nutrient. Three new trees were planted in 2019 too: a London Pearmain, Christmas Pippin and Bushey Grove.