The Orchard Project’s Elizabeth Pegler won the ‘Pomona’ Award from the Campaign for Real Ale (CAMRA). She won it for her outstanding contributions to the production of real cider.

Elizabeth, who heads The Orchard Project Drinks enterprise, received the award at a socially distanced ceremony last Thursday, 15th October. She accepted it alongside Colette Goulding, who works as an intern in the cider enterprise, helping make cider, harvest apples, and coordinate sales. The ceremony was held – fittingly – in an urban orchard. 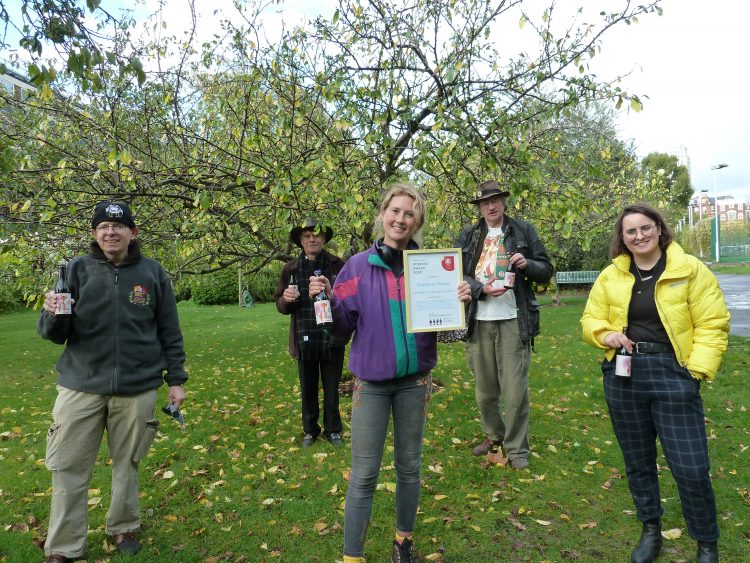 Elizabeth & Colette accepting their award from CAMRA in an urban orchard.

The award, named for the Roman goddess of orchards, recognises indiviudals that have made a significant contribution to the production of real cider and perry. After accepting the award, Elizabeth said, ‘Here at The Orchard Project it’s our mission to bring orchards to the hearts of cities. Our cider and juice enterprise is very much part of that, with funds raised from the sales of our drinks returned to the orchards in the shape of tools, skills training, and of course cider.’

CAMRA award organiser Andrea Briers said Elizabeth was a shoo-in for the award. ‘The Pomona Award is truly made for people like Elizabeth who show what a hugely positive impact cider production can have on a local community.’ She went on to praise TOP’s efforts to bring more orchards into urban areas: ‘When many people think of cider their mind will jump to rural areas of the West Country, but initiatives like Local Fox demonstrate that cider has a home even in our city centres.’ 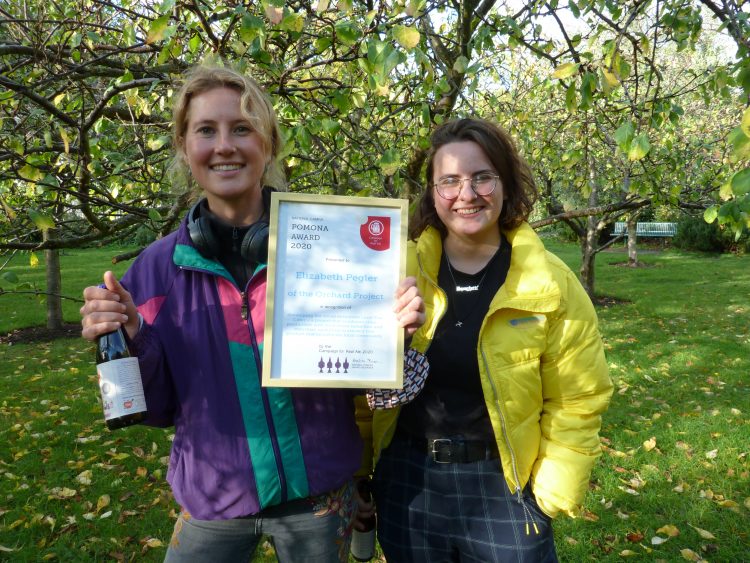 Elizabeth (left) and Colette accepting the Pomona Award, a bottle of Local Fox cider in hand.

All profits from the sales of cider and juice are returned to urban orchards that work with The Orchard Project. To date, the project has saved over 32 tonnes of fruit from going to waste, trained 1230 volunteers in the art of cider-making, and given back £12,332 worth of tools, training, and cider to the community. Local Fox Cider and London Apple Juice drinks can be found at various shops and pubs across London.

If you would like to purchase cider to stock at your business, please email elizabeth@theorchardproject.org.uk