The Celebrations of Orchards team has kicked off the restoration strand of the project with a bang. Last week, we met volunteers from NCS The Challenge at Petersham Meadows, where the veteran orchard we are supporting was in need of some maintenance care.

The Petersham Meadows were part of the Ham House estate from the early 17th Century until the late 19th Century. There are records of cows grazing on the meadows since at least 1600s, and thanks to the Surrey Wildlife Trust and the diligent daily management of the National Trust, cows continue to graze both the meadows and the veteran orchard. 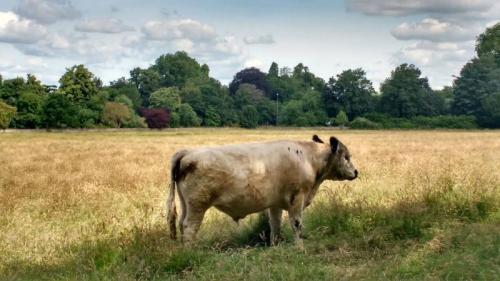 The National Citizen Service group was made up of 15‐17 year olds local to the Meadows, mainly from Hounslow. This was their third week of voluntary service, in which they participated in team building exercises, community engagement and social action work. During the maintenance day we pulled thistles before they went to seed and bashed brambles, to reduce the plants in competition with fodder crops for the cows. 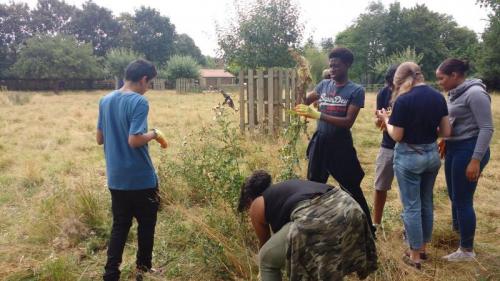 We also weeded around the base of each tree, picked litter, and checked on the tree guards in case of cow damage. 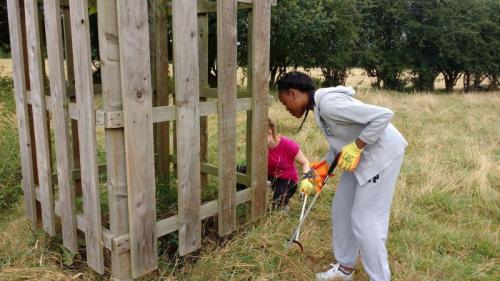 The National Trust, who manage the meadows, had asked us for advice about mapping paths through the orchard. As with most community orchards, this site has many different stakeholders engaging in it: the cow herd graze in the summer months, which is also when people come to enjoy the site as a greenspace. In the winter it is used by dog walkers, and all year round it is a thoroughfare for commuters.

We introduced the group to a land‐based observation exercise to start thinking about the history and future of the site, and what the needs of each stakeholder group might be. This involved mapping out existing desire lines, hearing about the orchard’s heritage, and reflecting on how we would like to guide people through the orchard 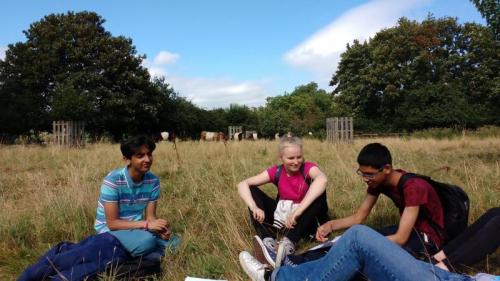