We are pleased to announce Alys Fowler as patron of the Orchard Project for 2020. We’re delighted to welcome this acclaimed author, broadcaster and horticulturalist to the team. Based in Birmingham, Alys has led a fruitful career in urban permacultulre – a theme which resonates deeply with our mission. You may be familiar with her weekly gardening column in the Guardian, and she has written for publications like Gardener’s World Magazine in addition to publishing several books. She is keenly interested in growing gardens that are both beautiful and productive, and empowering city-dwellers to do the same. 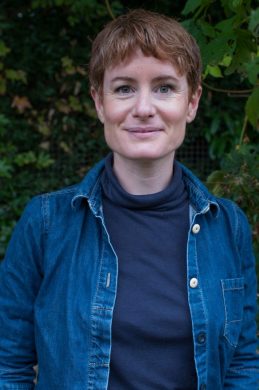 Raised in the Hampshire countryside, Alys was influenced by her mother, an avid gardener. She went on to study at some of the nation’s most prestigious botanical institutions: The Royal Horticultural Society, Royal Botanic Gardens (Kew) and University College London, as well as receiving a scholarship to study at New York Botanical Gardens.

Back in the UK, she worked as a journalist and was made head of the BBC garden in 2005. She went on to present the BBC series, The Edible Garden, which followed her journey growing food in her allotment. The series was released alongside a book of the same name, and she became a household name amongst UK plant-lovers.

Alys’s passion for food sovereignty, particularly in the urban context, makes her an ideal patron for The Orchard Project. She shares our ambition for training people to protect growing spaces, reconnect to food sources and increase urban biodiversity. We are very excited to work alongside her this year.

Keep an eye out for upcoming events where you can develop your food-growing skills and meet Alys.