Home » When Should You Pick Apples and Pears?

People often ask us how you know when to pick your apple and pear crop. Here are some pointers we thought might be useful:

Fruit is ripe at different times, depending on the variety. You get early, mid and late varieties. Discovery is one of the earliest apple varieties, usually picked in mid to late August, and Beth, an early pear, is usually ready in late August. D’Arcy Spice is a late apple variety, at its best when picked in November and stored till after Christmas. The majority of apples and pears are usually ready to pick in October. You can find information about when different varieties are usually ready by looking on tree nursery websites or catalogues. (Remember it will also vary according to what part of the country you live in — it gets slightly later the further north you are.)

The time to harvest also varies from year to year. It depends on what the weather was like in spring, and how early the trees formed blossom and were pollinated. In 2017, for example, the National Fruit Collection at Brogdale in Kent told us that “everything is ready two to three weeks early this year”.

Give it a twist or a tilt

You know when an apple is ready to pick when you cup it in your hand and give it a slight twist, or tilt it horizontally, and it comes off in your hand. If you need to give the fruit a yank, or it leaves its stalk behind, or even a bunch of leaves, it is not ready!

You can also look at the pips inside to check if the apple is ready – they should be brown if the fruit is ripe, and will be green if unripe.

Pears tend to ripen from the inside, so if you leave them on the tree until they look ripe, they may already be mushy inside. So it is best to pick pears when they are mature but not fully ripe, and let them ripen at home. Again, cup the fruit in your hand and tilt horizontally, and it should come away easily. You can then leave them indoors at room temperature for a week to ripen.

Apple trees do shed some fruit early, particularly if they have a codling moth caterpillar or sawfly grub inside. So the sight of apples on the ground does not in itself mean the apples on the tree are ready to pick.

One reason people may be tempted to pick fruit early is to beat others to it. This is especially the case if you have a problem with parakeets, who can strip entire orchards. It is also sad that some people strip community orchards of all their fruit before they are ready. You can try putting up signs indicating when the fruit is likely to be ready. And you can ask people to wait until your community harvest day.

Of course if you pick apples before they are ripe, you may be able to eat them or cook with them, but they will not taste their best. 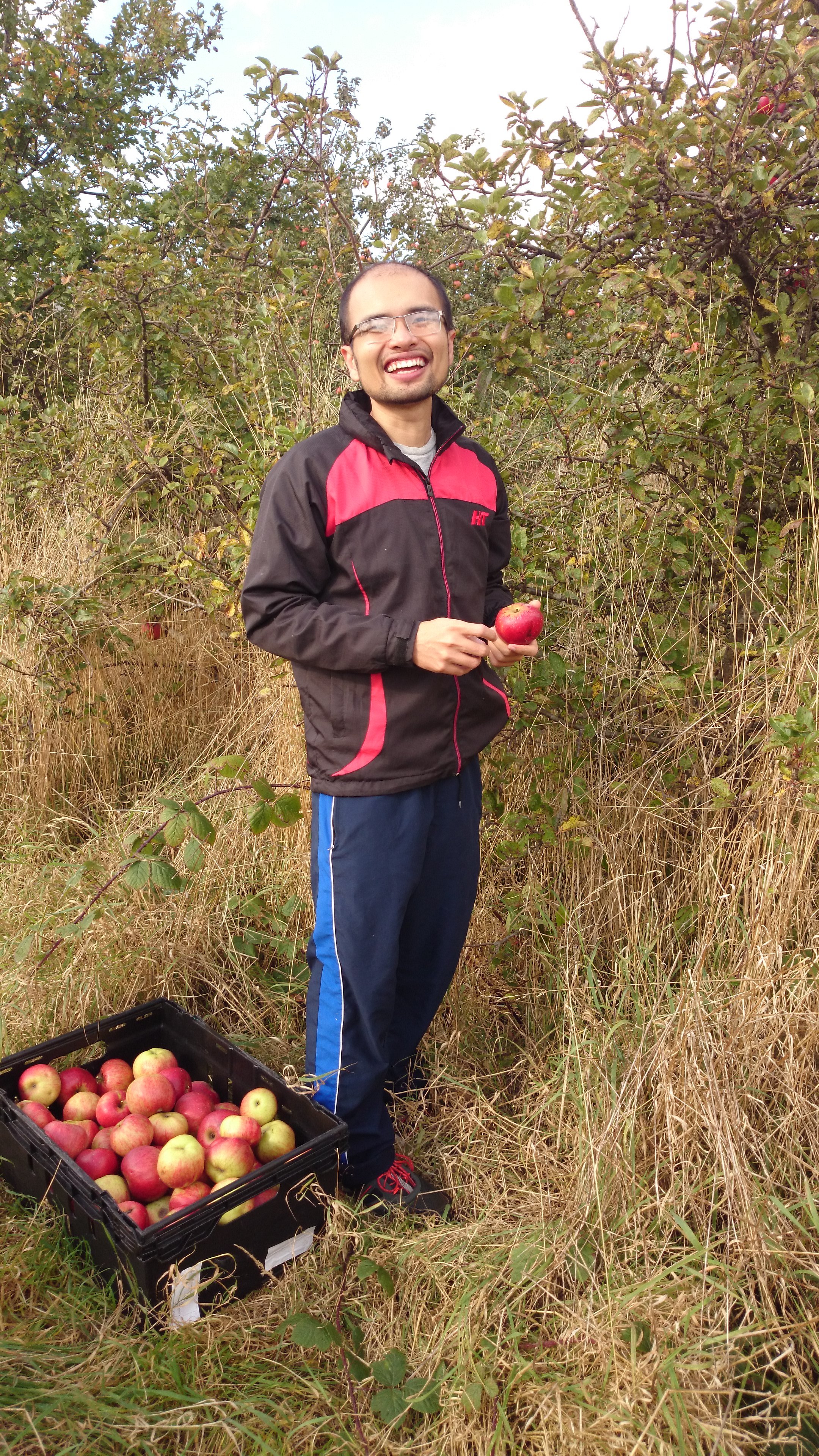 Idared will have best flavour when picked late in season