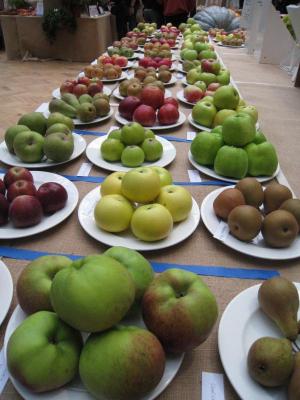 Apples are by far the most diverse fruit in terms of variety. In the UK alone we have developed over 2,500 varieties of apples (of the 7,000 that exist worldwide). This means you could eat a different UK variety every day for over 6 years. Interest in propagating new and wondrous types has been going on since the Roman times. It peaked in the medieval and Victorian eras when amateur gardeners started experimenting with different cultivars. One amateur, a retired brewer by the name of Richard Cox, developed one of the most famous apples in the 1820s, the Cox’s Orange Pippin.

Unfortunately, it’s difficult to find most varieties to test your taste buds. Supermarkets offer a few measly lines – just two varieties of apple, Gala and Braeburn, both natives of New Zealand, make up almost half of British sales. It’s only at a farmer’s market or local Apple Day that most people get to sample some of the flavours and textures the apple world can offer. By planting your own fruit trees, you can experience new exciting apples and really get creative. 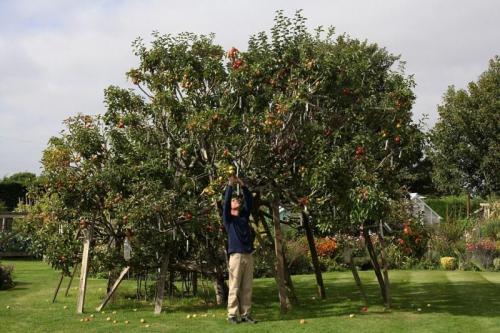 When choosing which varieties to plant, don’t just consider taste. Some of the best flavoured apples are notoriously difficult to grow for beginners. I am thinking of you, Mr. Cox’s Orange Pippin! Widely regarded as one of the finest tasting apples, it is very susceptible to scab and canker, giving poor results. This can be frustrating if it is your first foray into growing your own.

Another factor to think about is harvesting time. Different varieties ripen at various times: some early varieties are ready in late August and some lates into early November. This is of special importance in school orchards where varieties need to be selected that will be ready for picking in school term time. We often see school orchards that are at their peak during the summer holidays and fruit has to be cleared away by grumbling caretakers, never reaching the children’s hands or mouths.

You also need to consider use and keeping time. Some apples don’t develop their taste fully for a couple of months after they have been picked so are more suitable for storage, while others need to be eaten straight away.

Late-season apples usually keep the longest, and varieties related to Golden Delicious such as Gala keep well.  In additional, traditional cooking apples also keep, because they were bred in the days before refrigeration to have this quality. 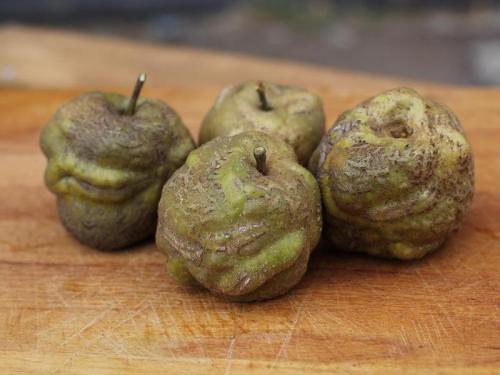 In the Eye of the Beholder

The look of the fruit is also important when selecting a variety. Some groups we work with want to plant really unattractive looking fruit to discourage casual passers-by not to pick them! A good example of this is the Knobby Russet sometimes described as the ugliest apple in the world.

Trying to balance all these factors can be complicated. The website Orange Pippin, for example, has a handy search feature which allows you to compare different varieties side by side. Check it out here.

So what are some of our recommendations for good apples to plant this year in a community orchard? Here are our top picks (and some others of interest) with shameless note taking (in “quotes”) from the Orange Pippin website.

Varieties that are easy to grow for amateurs

These are varieties that we often plant in community orchards as they taste good and are fairly resistant to disease. 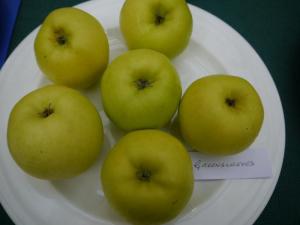 “This apple can be picked in mid-September but will happily stay on the tree into October so you can eat it fresh from the tree for at least a month. This, along with its good cropping, make it a really excellent variety to grow in the garden.” 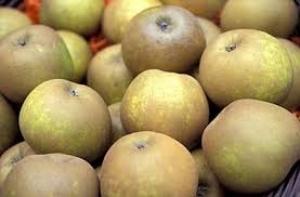 “Egremont Russet is a classic English russet apple from the Victorian era.  It is a russet-skinned variety with a dry flesh and has many of the characteristics, which mark out a good apple: a harmony of flavour and texture, and a good balance between sweetness and sharpness. Both the flavour and the soft flesh are reminiscent of a firm pear. Yet Egremont Russet is surprisingly versatile, working well in savoury salads for example, and a popular partner for cheese.

If you are used to a modern, smooth-skinned, crisp apple then the sandpaper finish of a russet apple like Egremont Russet may sound distinctly un-appealing, but this is a case of the whole being greater than the sum of the parts. It may be very different, but it undoubtedly works – definitely worth a try!” 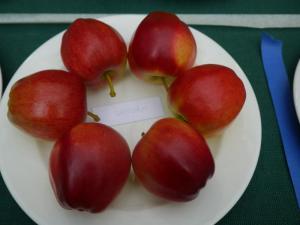 “A very appealing apple, which will not disappoint. Disease resistance is an increasingly important attribute for modern apple developers, as growers seek to reduce the amount of pesticides used in their orchards.  The challenge is to come up with an apple, which has the flavour modern consumers want, is easy and productive to grow, and yet has none of the undesirable side effects often found in experimental varieties bred exclusively for disease resistance.  Saturn is a typical example of this development process, being a cross between an un-named scab and disease resistant variety (PRI 1235) and an offspring of Golden Delicious (Starkspur Golden Delicious).  We understand the un-named hybrid is distantly related to Jonathan, a high-quality American apple.” 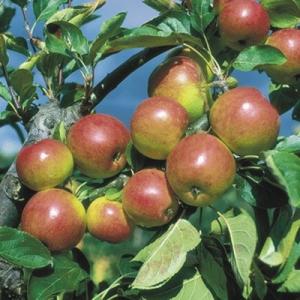 “Developed in the 1920s unfortunately there is little information on the parentage of this lovely apple, although the flattened shape and sweet flavour hint at Cox’s Orange Pippin. Chivers’ Delight was popular in the first half of the 20th century but has since fallen out of favour. It is a medium-sized apple, crisp, with a sweet but well-balanced flavour. Definitely worth trying if you manage to find any – this is an excellent apple.” 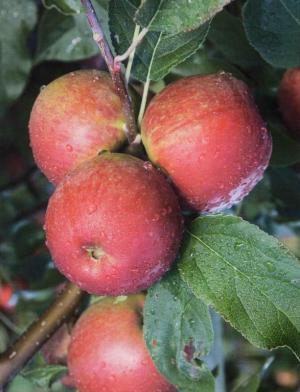 Our very own apple, commissioned for London and named following a public competition. Super delicious. Produces highly coloured ‘Cox like’ fruits that are crisp and juicy with an excellent flavour and good disease resistance.  Bred to be strong and resilient it does not suffer from any of the problems associated with the traditional ‘Cox’ and is suitable for growing nationwide.

Other varieties which are noteworthy. Harder to grow but worth a go for more experienced gardeners