Home » Blog » Why you should visit the National Fruit Collection

What is Brogdale Collections?

Brogdale Collections manages public access to the UK’s National Fruit Collection (NFC) at Brogdale Farm near Faversham in Kent. It is the largest collection of temperate fruit in one place in the world! Row upon row of fruit trees and grape vines make up its treasure trove of over 4,000 fruit varieties. It is, in essence, the UK’s largest orchard!

With around 2,100 varieties of apple tree, the stunning, 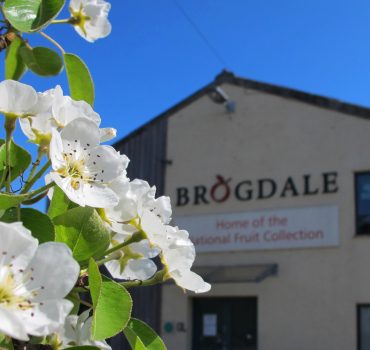 springtime blossom display is worth a visit alone; but there is so much more to the Nation Fruit Collection. Its mandate is to safeguard the future of each and every one of its trees and vines. It is an authoritative voice in deciding which cultivars of fruit become official ‘accessions’ on the official collection list, as well as recording their characteristics for identification purposes. In addition, the NFC plays an important role in fulfilling the UK’s obligations to the United Nations as regards the International Treaty on Plant Genetic Resources for Food and Agriculture, in other words, protecting the genes for future food crops. It is owned and funded by the Department for Environment, Food and Rural Affairs (Defra).  The University of Reading curates and manages the collection on behalf of Defra.

Why do we need a national collection of fruit?

Some have called it, a ‘museum of fruit’. More accurately, it serves as a ‘gene bank’; or, as leading apple historian, author and undisputed fruit expert, Dr. Joan Morgan, states, it exists “to conserve the genetic material contained in the cultivars”. But why does this matter and what have genetics got to do with it?

The concept of a seed bank is not dissimilar; seeds can be frozen and preserved to ensure that the plant and its produce remain available to future generations. When it comes to fruit trees, we are dealing with the preservation of cultivars, – i.e. the living plants, not the seeds, stones or pips. Whereas the seed from a tomato or a runner bean will usually produce the same variety of tomato or bean, an apple pip will produce a new cultivar, as a cross between the two parent trees. This is because apples (like most fruits) hold immense genetic diversity: the apple genome (all the genes on the chromosomes), is larger than our human genome in fact!  To propagate them and keep the identical cultivar we have to graft or bud on to rootstocks or take cuttings.

The genetic make-up of an apple or pear tree determines when it will flower, when fruit will ripen for harvest, how resistant it is to disease and which growing conditions it favours, as well as its appearance and taste of course. So the genetic resources housed within the NFC are fundamental to researching how we can adapt fruit crops to our changing environment, or select varieties that will grow well as our seasons and climatic conditions change.  Luckily for orchardists wanting to grow old varieties, which are well adapted to their local conditions, these are conserved in the NFC and available for propagation.  According to one of their brochures, “the NFC aims to make sure we have a secure, environmentally sustainable and healthy supply of fruit now and in the future.” 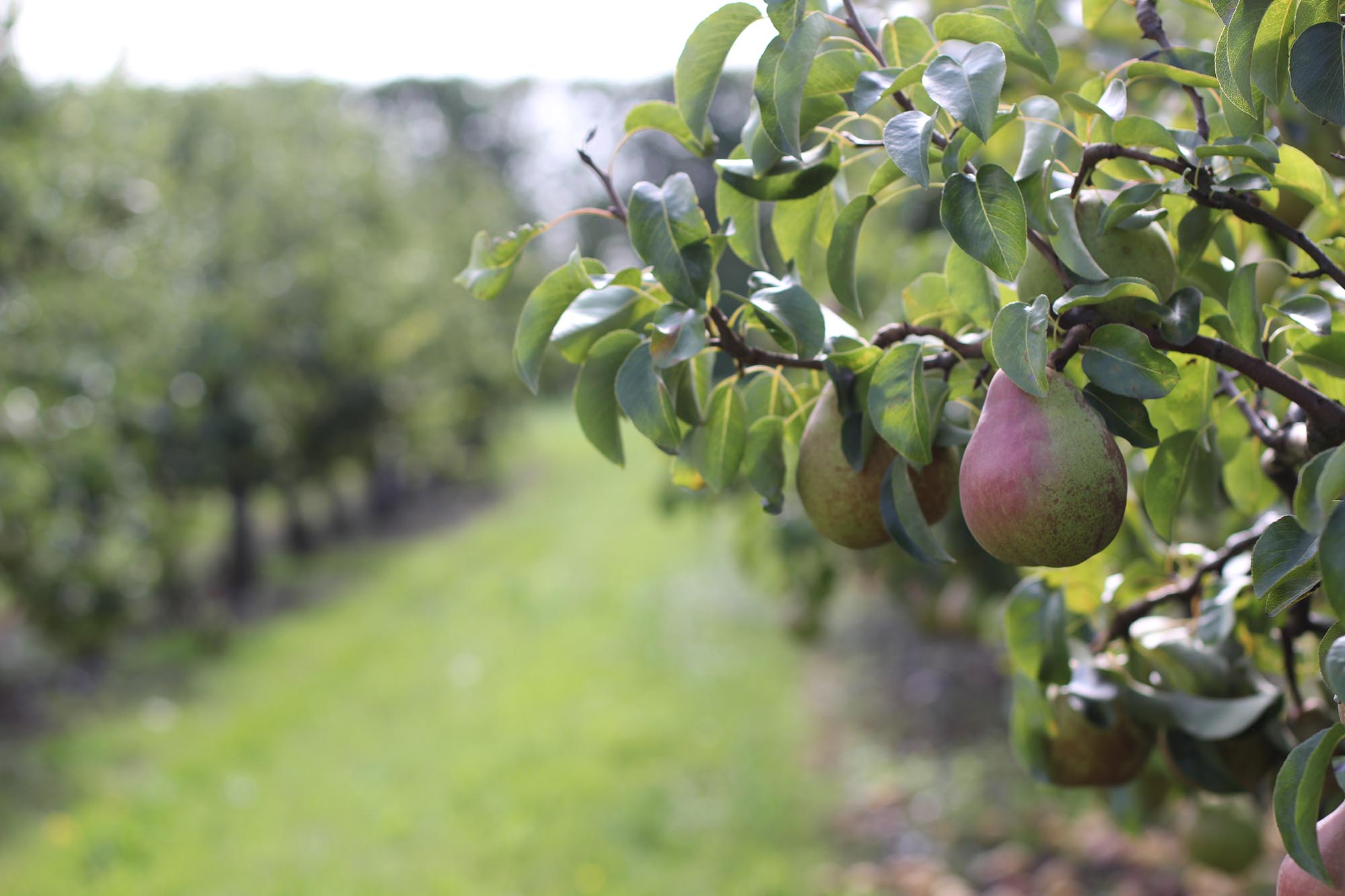 The genetic diversity, or heterozygosity, of apples and pears has given fruit growers throughout history a wonderful playground, and many delicious varieties were developed through breeding programmes. As far back as 1800, the RHS was involved in the international circulation of scions, primarily to the USA. By the early 1900s, there was a confusing abundance of fruit cultivars being exchanged between nurseries, estates and market growers, with vastly differing properties and traits, and often with duplicate names! Together with the local varieties that originated from chance seedlings or discarded apple pips, this left us with a sizeable legacy of disorganised apple names and cultivars.

But planting an erroneous cultivar could spell disaster for a small-scale commercial apple grower, if the fruit born was not what s/he expected. At the time, Britain’s fruit industry faced strong competition from European and American imports, as well as the colonial fruit varieties being shipped in. So being sure of your resulting crop was important!

In was in this context that the renowned pomologist, William Bunyard (famous for penning The Anatomy of Dessert (1929), a substantial guide to the best dessert fruits), pushed for the establishment of ‘fruit trials’, – structured research, testing and classification of cultivars. In 1921, Bunyard wrote, “the primary object[ive] in the testing of new varieties of fruit is to show their potential value for market purposes”; his other aims being, “to define the characters of varieties… so that accurate descriptions may be made… and the nomenclature of the fruits made more exact”. 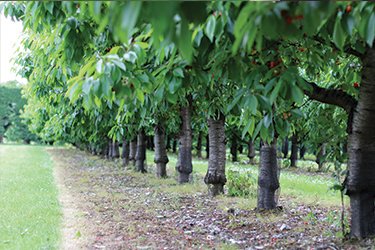 Avenue of cherry trees at the National Fruit Collection

Originally founded as the ‘National Fruit Trials’, the NFC’s existence has therefore given order to the realm of fruit cultivars; so you can be sure that your variety is true to its name! Since then, fruit has been contributed from across the world, – from Japan to Turkey! Even household favourite, the humble Gala, was introduced to the UK (from New Zealand) via the NFC.

Why visit Brogdale and the National Fruit Collection?

As well as being a stunning sight to behold, you can taste many different varieties of fruit and even taste the exceptional apple juice that is produced from the harvest. Visitors can get their unfamiliar fruit varieties identified, as detailed here.

What’s more, you’ll be better acquainted with an establishment that has contributed immensely to the development of global fruit growing knowledge. Since moving to its current location in the 1952, the National Fruit Trials was instrumental in furthering our understanding of cultivar selection, fruit cultivation and storage.  Since the NFC was established it has conserved the 4,000 cultivars and distributed them to research organisations all over the world, as well as supporting many local fruit groups and orchards to identify fruit varieties and obtain scions for rare cultivars.

By visiting, you’ll also be supporting the Brogdale Collections, which relies on visitors to the NFC and the festivals and events and on charitable funding.

The best time to visit Brogdale Collections is during one of its events such as the Apple, Cider or Cherry Festivals, where you can taste and buy  hundreds of varieties and tour the NFC, or Hanami Festival for spring blossom.  These should resume in full force next year, but this autumn their Heritage Orchard Days are running with pre-booked places. But whenever you go, be sure to join the daily guided tour of the extensive orchards. See the website for more information. 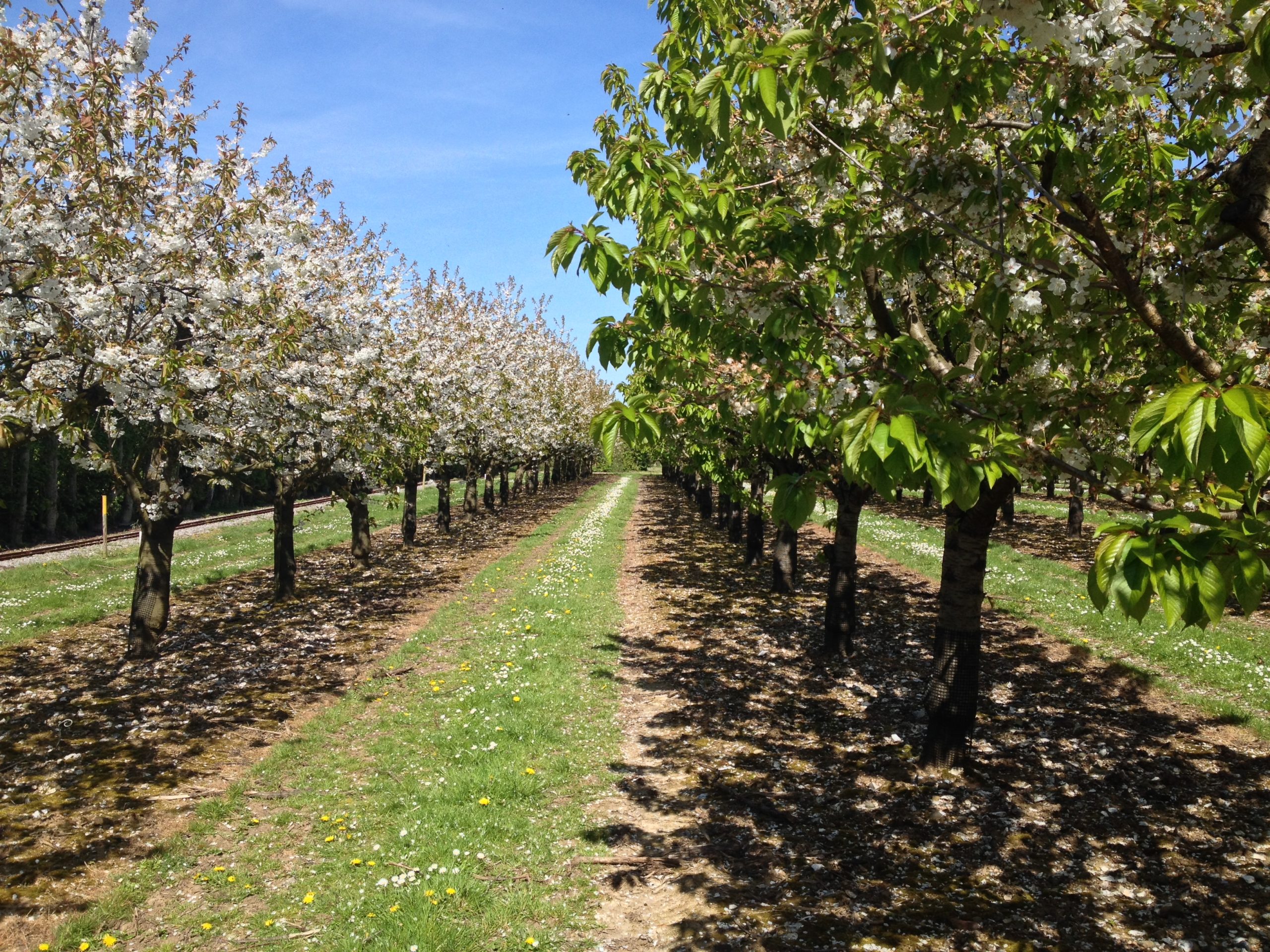