Gardening Thymes are a group based in Central Park, East Ham. We planted six trees with them in winter 2013-14 at the edge of the bowling green.
Here they are: 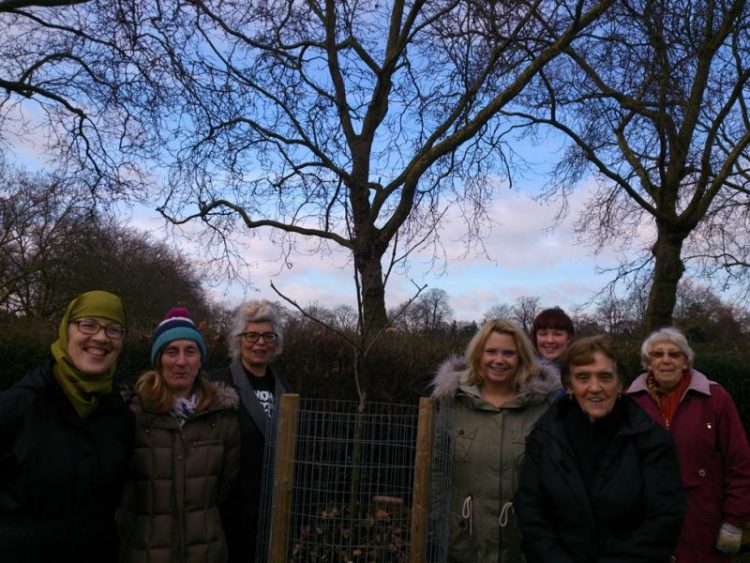 While planting I noticed the lovely wicker structure and heard about their plans for a polytunnel. When I returned for a follow up visit the trees were in great condition but the wicker structure was gone and there was no sign of a polytunnel. I asked what had happened and it seems some unusual vandalism had taken place. Here it is described by Hazel (4th from left), one of our Orchard Leaders: “At the beginning of February our poly tunnel came through. We were very excited about this and put it up straight away, thinking of all the plants we could sow earlier for the coming months. The next week we brought shelves and tables so we could start having some work tops and storage for all our pots and plants we wanted to keep out of the coming frost, we carefully transplanted three chilli plants from the garden beds which up until now had survived the winter into plant pots and proudly stored them in our polytunnel. To our dismay our poly tunnel was victim of an arson attack. Only the metal frame survived with a large patch of melted plastic around it. While we were surveying the damage one of our group noticed that nothing else had been touched and said how strange that was. It was only then that we noticed that the three chilli plants had been taken out of the polytunnel and neatly placed in a row on the side of one of the raised beds.” So a vandal /arsonist who loves plants but hates structures? Its a mystery.It’s great that the trees were all fine. Amber and Hazel 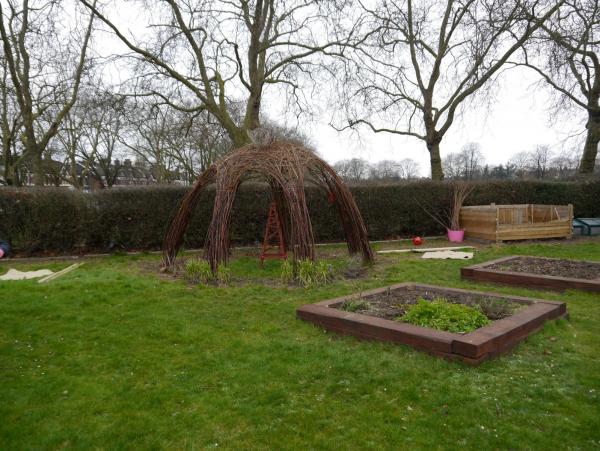