Earlier this summer the whole London Orchard team, plus friends and family, went to Sunrise Festival accompanied by a pop-up orchard of 21 trees, our juicer, and a ton of pears.

We were in ‘The Shire’ alongside iron-age metal workers, pedal power woodcarvers, and sun-powered cider drinkers. Sunrise is sometimes described as ‘Glastonbury 30 years ago,’ and this really rang true when we found a man doing Reiki to heal the wilting comfrey that Lewis had planted as part of a plant guild.

I first met the folks who started Sunrise while at The Kumbh Mela in India – a big (really big) festival where people take sacred dips in the Ganges river. Now these folks run a café called ‘Earth Heart’ where the water is piped through a spiral vortex form to keep it lively. This comes from an old tradition of stirring water in spirals before putting it on crops – mimicking the natural way a river flows – and is part of bio-dynamic farming: http://www.biodynamics.in/stir.htm

So quite out there, then.
We planted 21 trees, including quince, medlar, mulberry, and local apple varieties, creating a lovely area. We used a donation of Conference pears from Worldwide Fruit to keep our traditional press going for days. My favourite comment from a few of the hundred who tried the juice was ‘It really tastes of pears!’

The highlight of the weekend was our Wassail. Not usually done in summer – but fun none the less. We gathered quite a crowd (handy having a cider tent nearby) and were particularly honoured to have a purple haired woman called Sally Orchard to be our Wassail Queen. 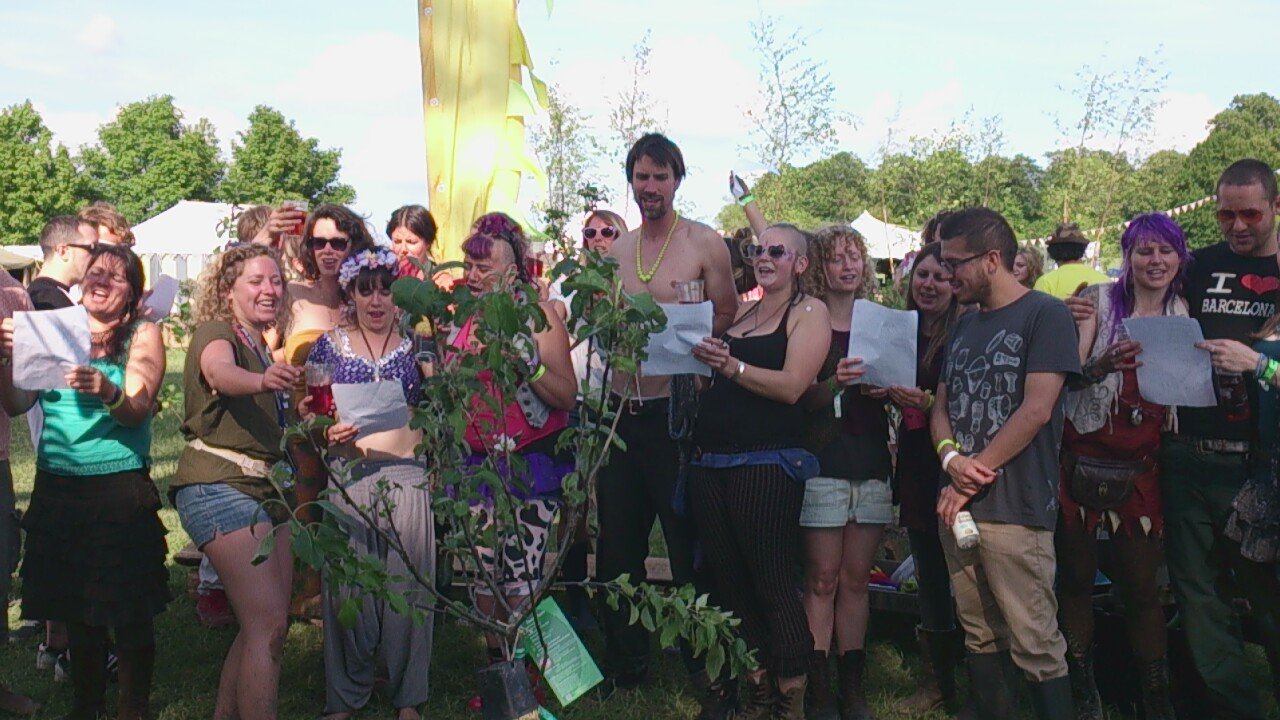 Another highlight for me was the runcible spoon the woodcarvers made when they found out we had a quince tree. This refers to The Owl and the Pussycat by Edward Lear – ‘They dined on mince And slices of quince which they ate with a runcible spoon.’

I’ve been brushing up on my orchard folklore too and did a couple of talks at the festival, which were well received, alongside Lewis’s practical talks on tree care. It is quite amazing how many societies associate apples and eternal life. Poetically, the Kumbh Mela festival is held in towns where drops of the elixir of life were spilled from a kumbh (pot) carried by fighting gods. 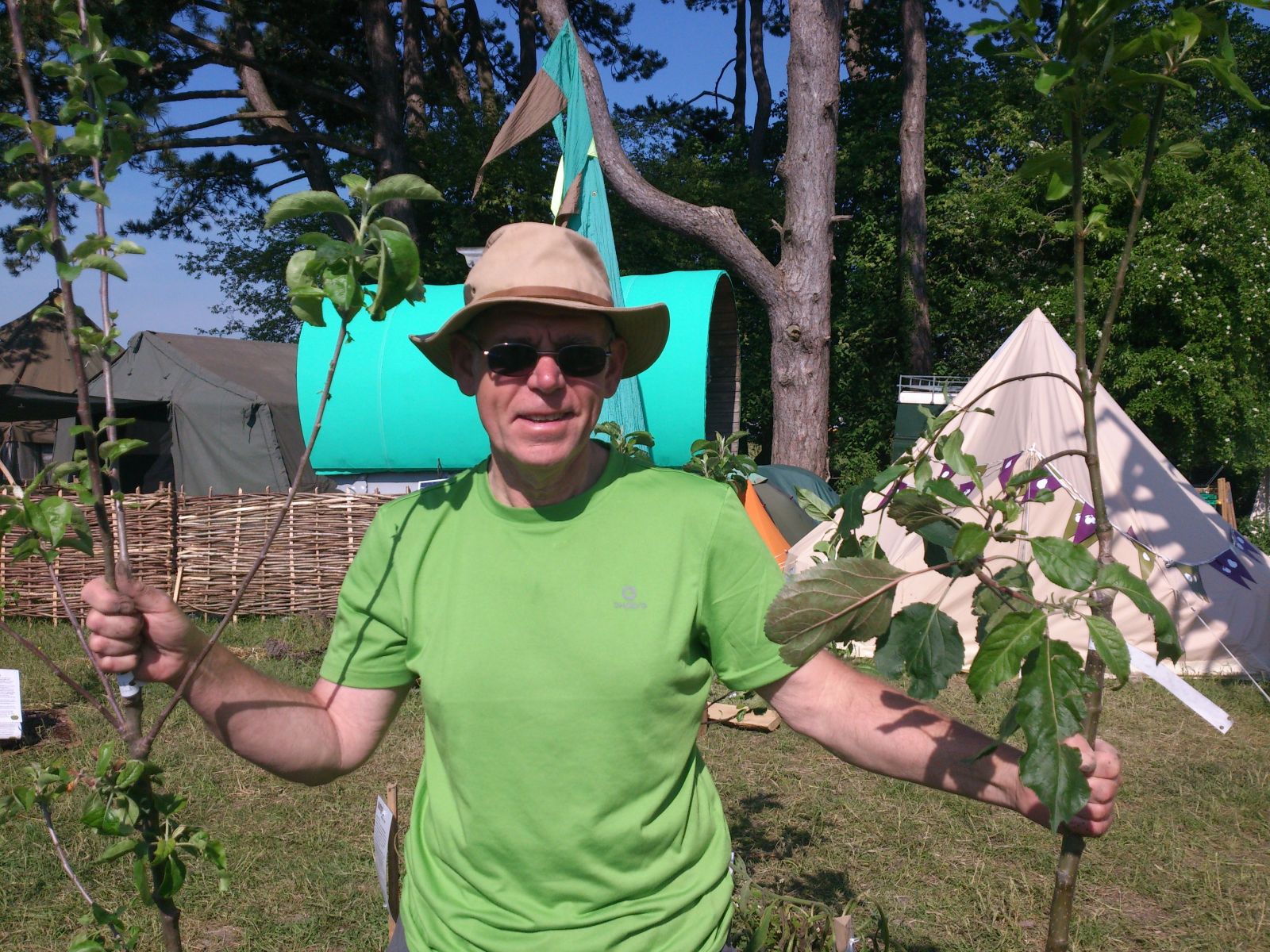 We look forward to more connections like this. Many thanks to Paul and Cats Cradle for welcoming us as part of the festival.