Home » Blog » Save the Hounslow Wonder! 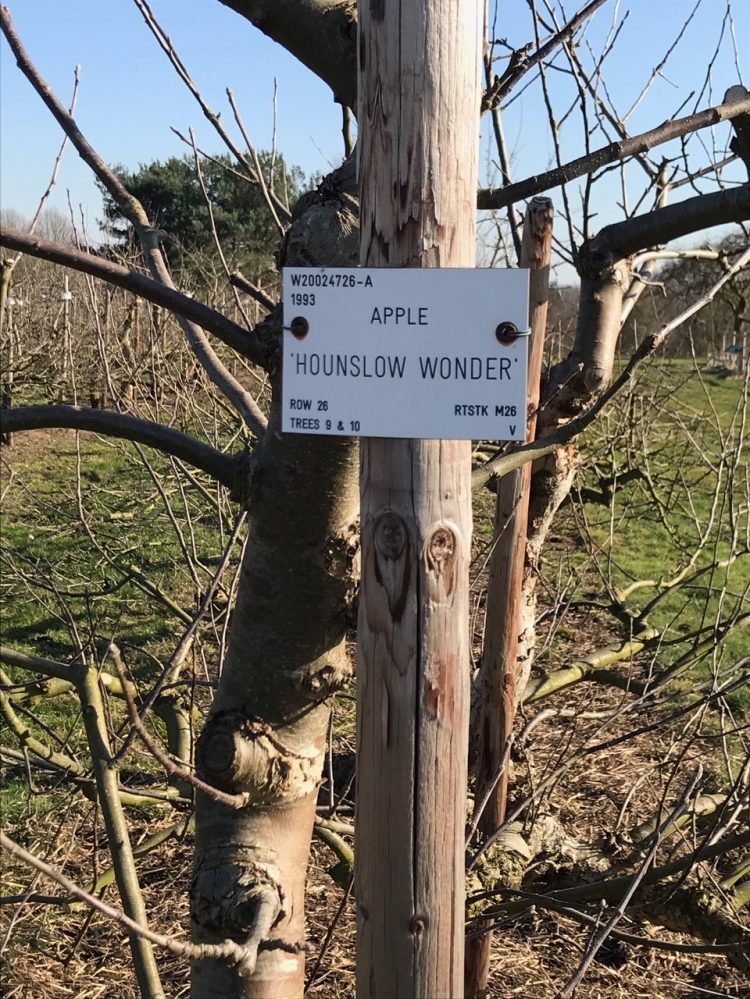 The delicious Hounslow Wonder apple was once a forgotten variety, with the known population of these trees at a total of just four in the UK! Fortunately, The Orchard Project is working with community orchards in Hounslow to bring back their local heritage apple. Our London Project Manager, Jack McCrickard, explains his quest to save the cultivar.

In the 19th Century when London was much smaller than today, much of the outer boroughs were areas for growing food for the city. This was particularly apparent in the western boroughs of Richmond, Ealing and Hounslow. Market gardening (growing food for sale in London’s vegetable markets) took place in this area until the early 20th century and alongside these growing areas were nurseries where new, local varieties of fruit were developed.

The apple, being a versatile fruit that can be used for cooking, eating and juice, was grown in abundance. Names such as Spring Grove Codlin, Feltham Beauty, Scarlet Nonpareil and Royal Jubilee were given to these new varieties, alluding to their local connection. Many have now fallen out of favour, being exchanged for the limited range of mass-produced supermarket varieties we see today. However, the often superior flavour and local history attached to these historic varieties have propelled us to work towards bringing them back into local orchards.

A map of Hounslow in 1920 showing a large number of orchards in the area https://maps.nls.uk/index.html

One variety above all has proved to be so elusive that TOP have made it their mission to save it: the Hounslow Wonder.

The Hounslow Wonder was first introduced in 1910 by the local Spooner Nursery. The apple received an RHS award of merit in the same year and was a proved to be popular commercially as the nursery was still selling it until 1937. Following development in the area and closure of the nursery, the Hounslow Wonder all but disappeared. In 2018 the only known mature trees of this variety were found at RHS Wisley in Surrey; and at the National Fruit Collection at Brogdale Farm, Kent (FruitID.com). 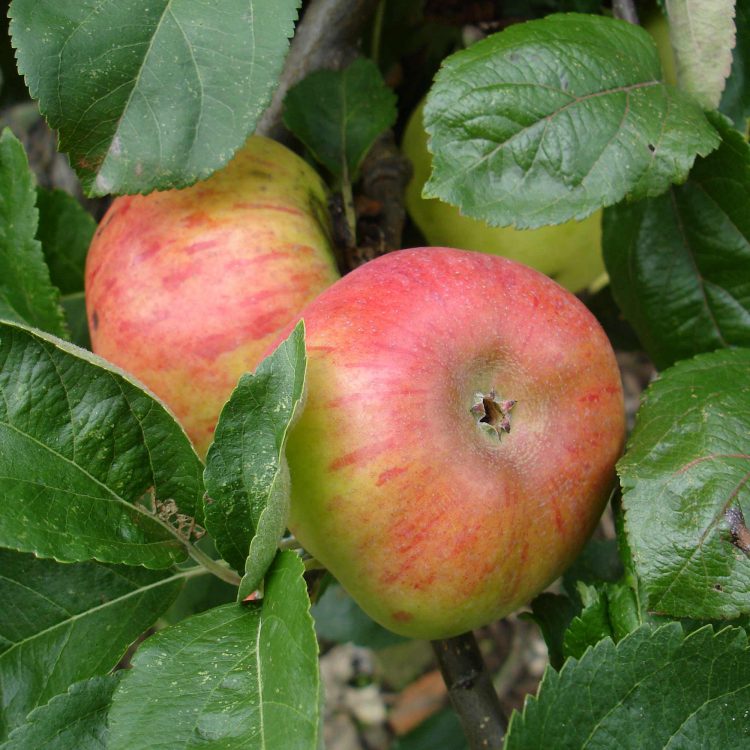 In spring 2018 staff from TOP travelled to RHS Wisley to take cuttings from one of their two Hounslow Wonder trees. This scion wood was then grafted onto vigorous M25 rootstock and kept in pots for the summer. After the long hot summer four of these trees had put on enough growth to be planted, and in February 2019 volunteers at Pevensey Road and Bedfont Lakes Nature Reserves planted two trees in each orchard. 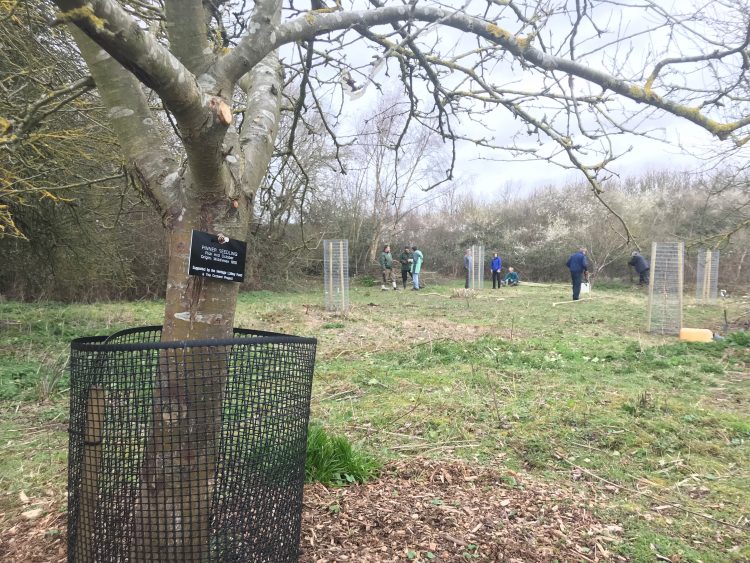 In March 2019, more scion wood was collected from Wisley and this was used in a grafting training with volunteers in Hounslow. The participants took these trees away with them, so now we have another generation of saplings being raised ready for planting in community orchards across Hounslow. The Orchard Project hope to continue this process of grafting and planting the Hounslow Wonder to bring back this variety to its rightful home. 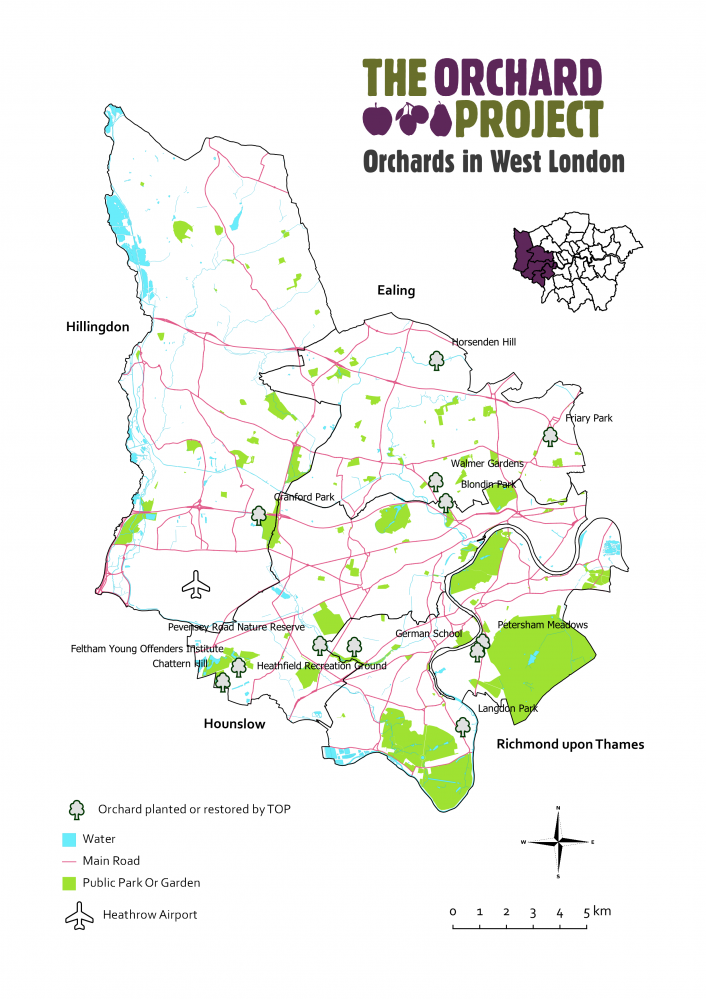