Do you know you could eat a different kind of British apple every day for six years? Our 7th October ‘London Orchard Festival’ gave hundreds of people the opportunity to try 111 varieties. New favourites are Kidd’s Orange Red, developed by the  New Zealander who developed Gala, and Ard Cairn Russet, an old Irish variety which tasted more like banana than ‘Winter Banana.’ 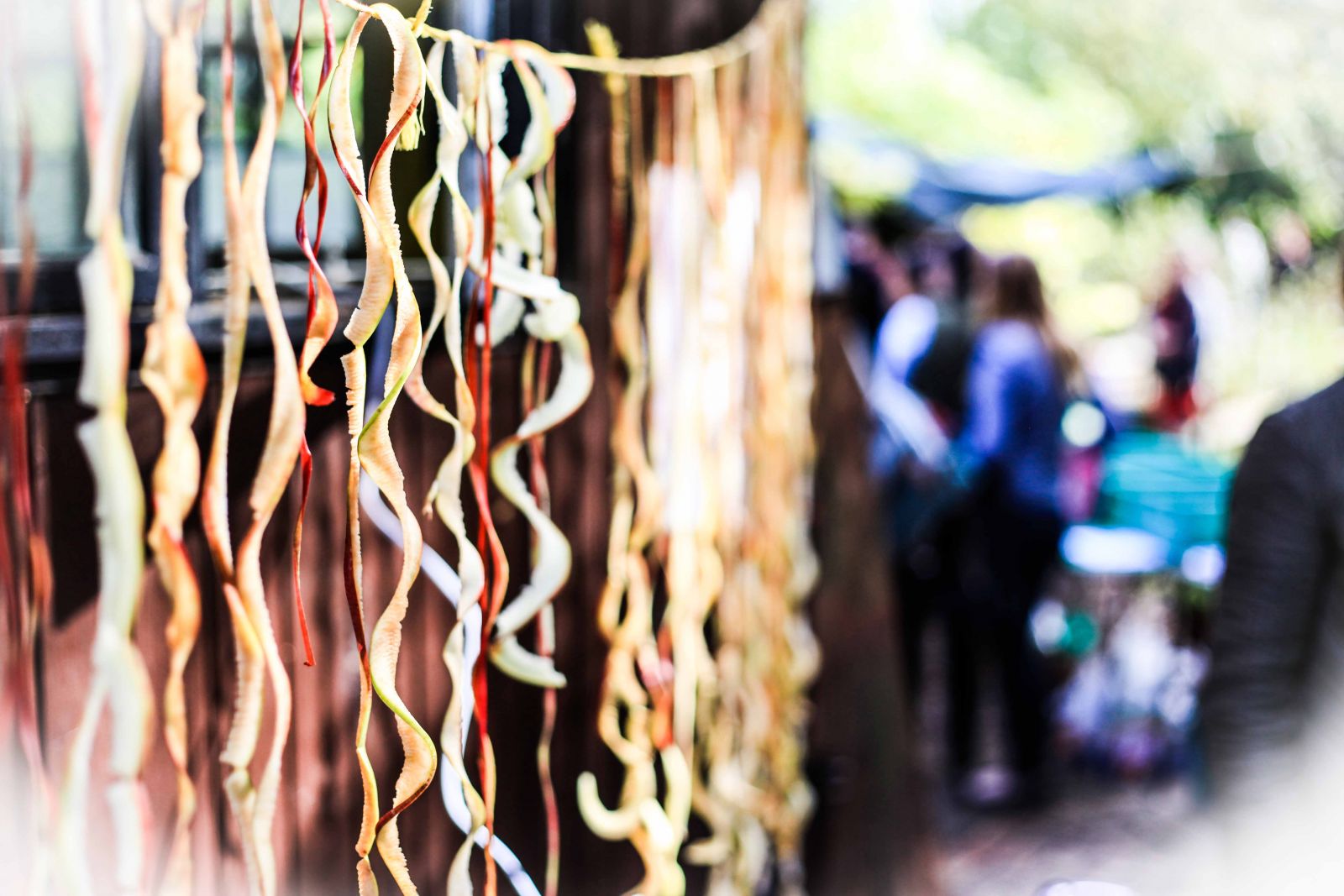 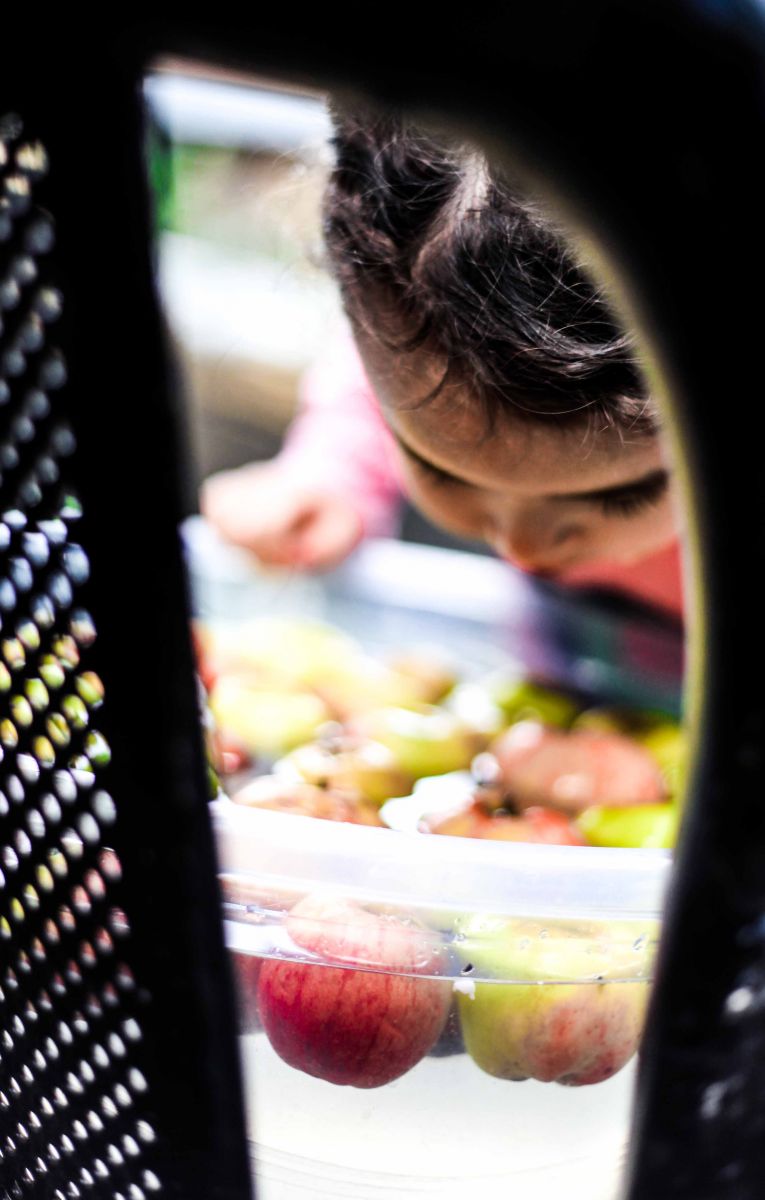 After trying the apples, festival-going kids went on to enjoy apple-bobbing, the fiercely competitive longest-peel competition, bee-friendly planting with Recro, and folklore in the forest with Jonathan Huet where they pretended to be magical Arthurian deer: ‘Hop step a deer is near.’ 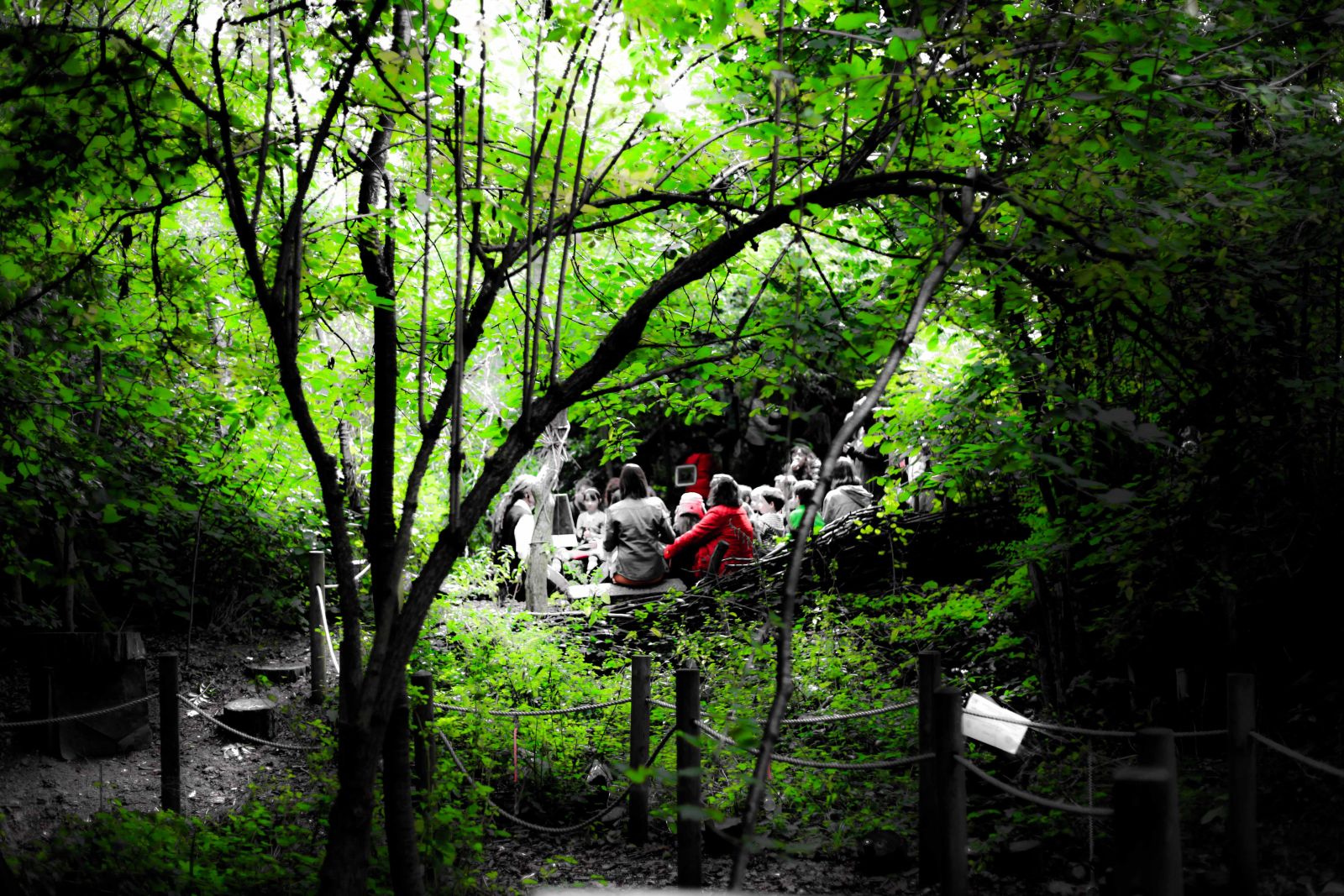 London Wildlife Trust powered up the clay ovens and served pizza, helped kids make apple bird-feeders, provide space for art, and generally amazed people with the beauty of Camley Street, many of them previously unaware that they could step only metres from the hard marble of St Pancras  into the secret world of lakes, lagoons, a floating orchard, ferns, frogs, newts and gently beautiful nature that is Camley Street Natural Park.  Stalls nestled in the trees provided info on ancient trees and rivers of flowers. Ellen’s chutney school brought  London chutney, and Alex from Alara muesli showed people his nearby forest garden (on an industrial estate) and fed them apple cinnamon fritters. London Glider and Dulwich Cider collective led the cider fun, and the bar sold Blushing Old Wife – cider with berries. Folk band Light Falls Forward played on the hill and the music waved gently over the whole site and across the canal. The golden sunshine made us all feel that nature likes festivals to celebrate our orchard heritage. For those that missed it – Pictures by William To are on flickr. Watch a wonderful short film made by filmmaker Maxi Dugnani (maxidugnani@gmail.com) the vibrancy of the day below Short film of The London Orchard Festival 2012 We’ve also been promoting our work at London Festivals and markets. At the Thames Festival two thousand people saw our stall and we hope all of them are a bit more aware of how great urban fruit is. The Japanese Paralympic team certainly win the medal for extracting the most juice using a hand-press.

Building a wooden apple press at Bethlem Royal Hospital was another amazing event. 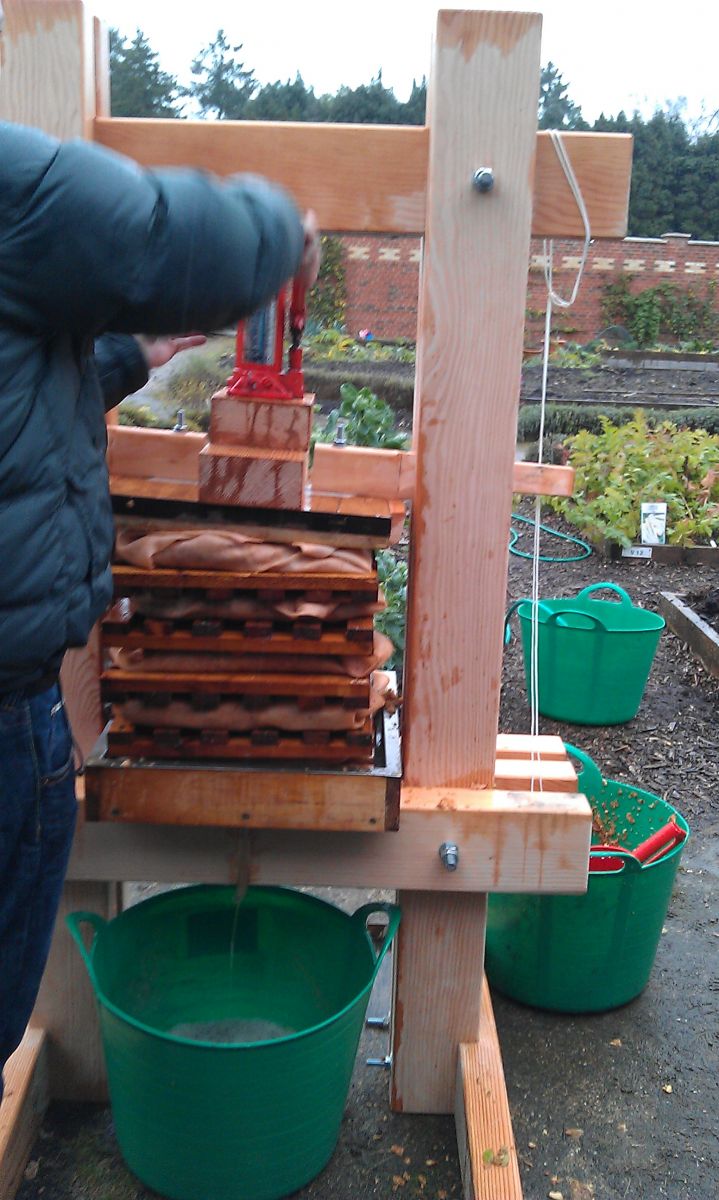 The press, built by Christopher the woodwork teacher and several service users, with the support of John, Rochelle and Peter from London Glider, was beautiful and astonishingly effective.  People couldn’t stop smiling. Orchards have an amazing ability to bring together people who would not have met otherwise, and that makes people happy.