Since the birth of the Orchard Project in 2009, we’ve sought to work with schools each year; primary, secondary and special schools. We believe that all children should have  access to the magic of orchards, however small, in their grounds.

In 2016 we were pleased to secure a grant from the Ernest Cook Trust to launch a new  school orchard project.

The grant has allowed us to work with two London primary schools, Crampton in Elephant & Castle, and Normand Croft in Kensington, both of which being lucky enough to already have orchards in their grounds. The project has spanned one year, covering the whole seasonal orchard cycle. 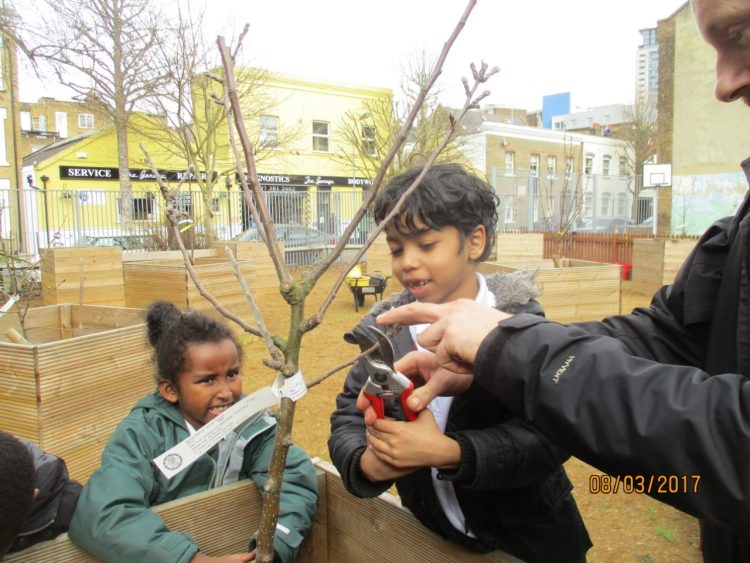 The aim has been to support the staff to make use of the orchard space as a teaching resource and encourage more child interaction with trees, helping them to develop a sense of wonder and respect for nature and the food it provides.

So far, the schools have each enjoyed an assembly, taken part in orchard mini beast hunts, created tree care signs, learned how to mulch and prune, and used the orchards to  study topics such as ‘life cycles’, ‘food chains’ and ‘The British Isles’. They’ve also used pruned branches to create art and the ‘June drop’ of fruit for outdoors, hands on maths lessons. 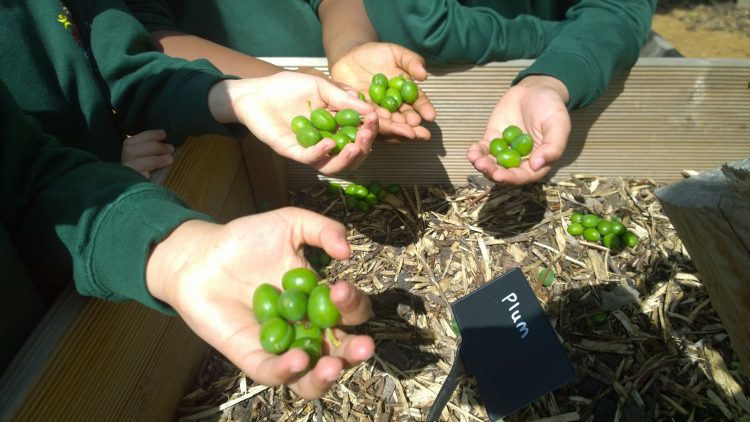 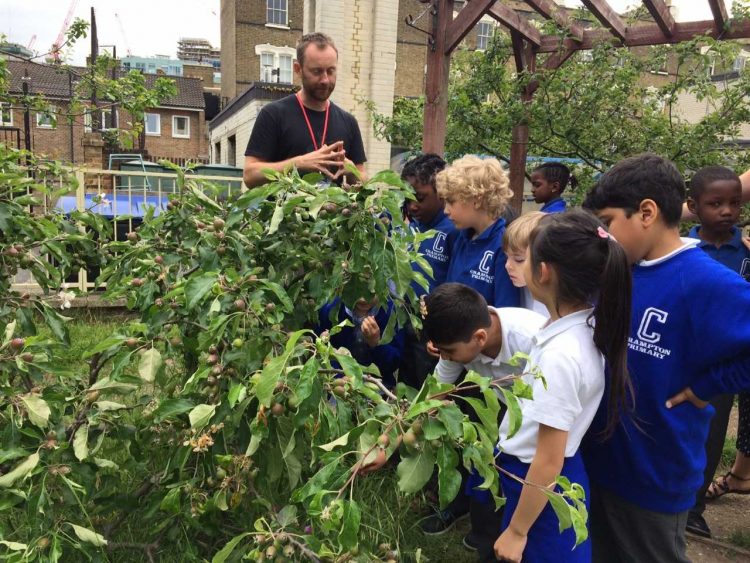 The pupils have witnessed ants ‘farming’ aphids, ladybird larvae munching unguarded aphids and discovered batches of ladybird eggs on the underside of apple leaves. They’ve sampled sweet, medium and sharp single variety apple juice and have learnt about the many different varieties traditionally grown across the British Isles, plotting the origins of each on a map. 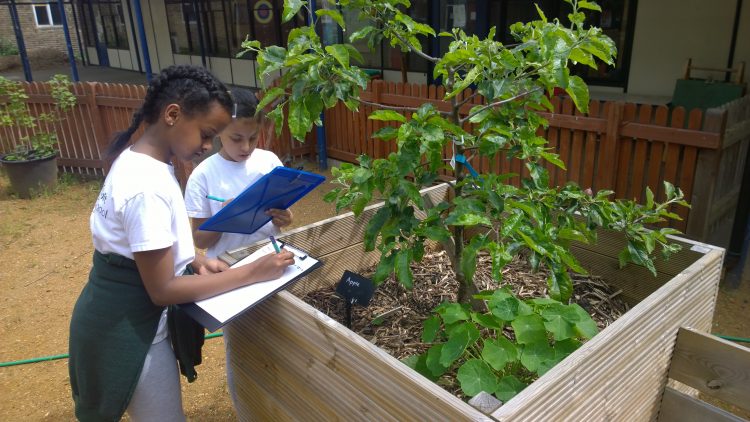 Before the 2017 summer holidays they celebrated their orchard space as a place to enjoy and relax, learning about the importance of trees in the city while enjoying summer fruit kebabs under the canopy shade (whilst temperatures soared to over 30 degrees!). 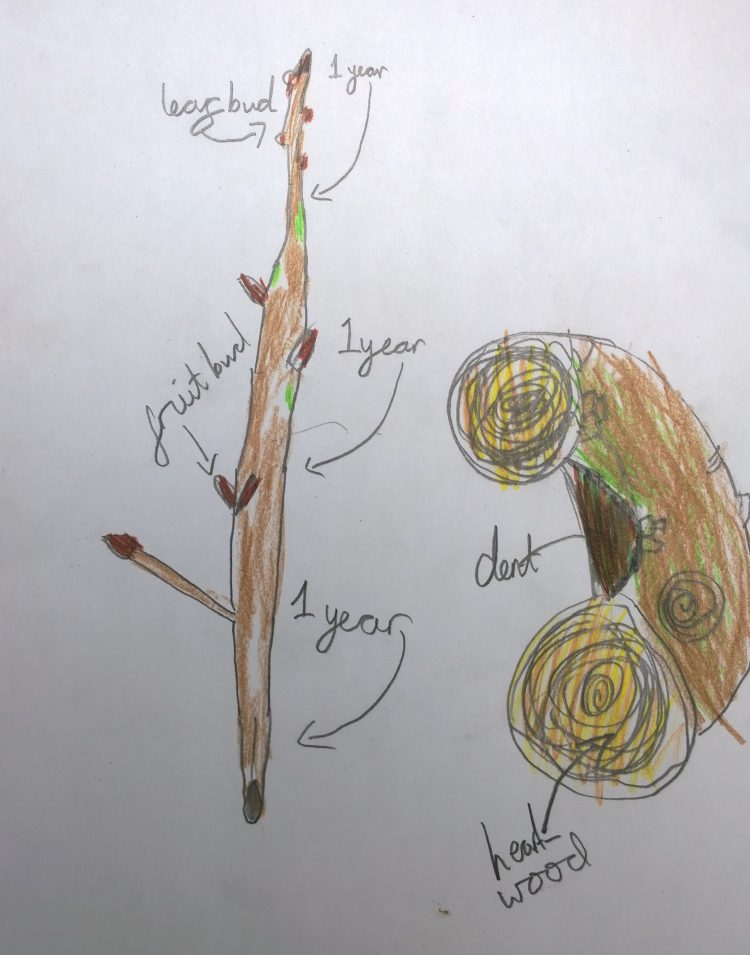 As well as bringing teaching alive, all of this provides vital contact with nature for the pupils. Every opportunity to explore and interact with the natural world are hugely valuable, especially for children growing up in our capital city.

‘What I noticed was that the children’s curiosity was unleashed in the sessions. The presence of an adult who was passionate and enthusiastic about their environment, the fruit trees in their playing area, seemed to give them permission to also be enthusiastic and amazed’ said Jane Henderson, Pupil Development Officer at Crampton Primary.

‘Their curiosity continues long after the sessions are over when they talk about the insects, the fruit trees, the juice, the “haircut” we gave the trees… and I’ve noticed they have a greater sense of responsibility towards their orchard’.

Teachers resources have been created as part of the project and these will be available on our website from the autumn.

The Orchard Project would like to take the opportunity to thank Ernest Cook for this funding and the children and staff of Crampton Primary and Normand Croft Community School for their energy and enthusiasm.