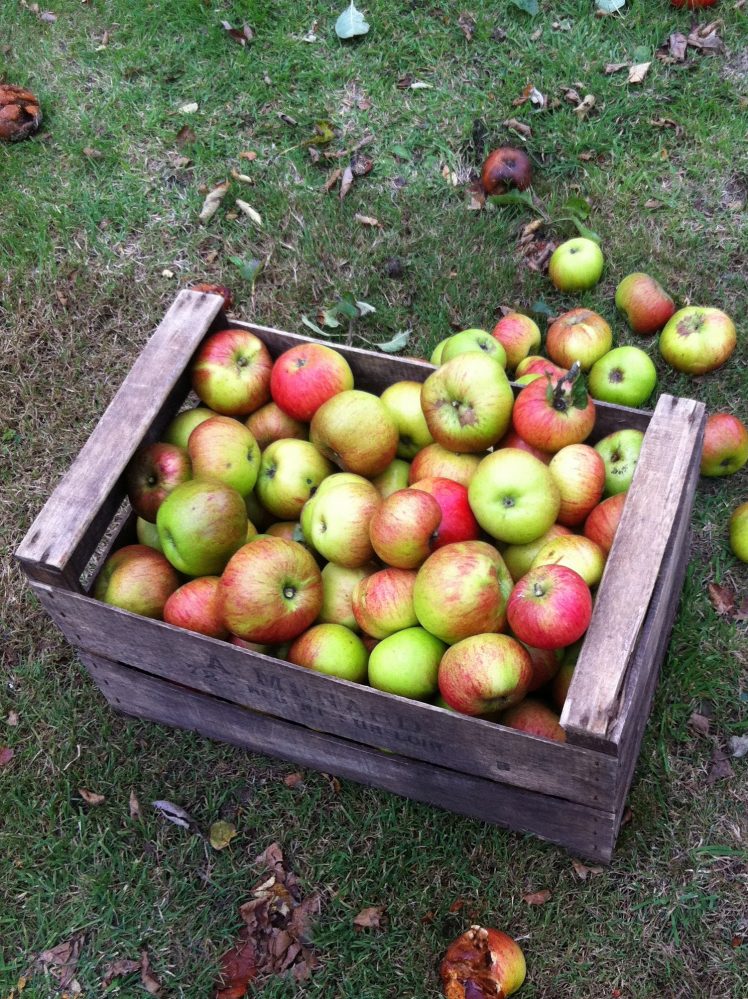 There can be few simpler tipples to make. The beauty of cider is that it’s so natural – you can smell alcohol in the orchards as the yeast convert sugars into alcohol, while wasps, red admirals and birds come together to toast the end of the season’s abundance.

And for the environmentalist who enjoys a drop while saving the world, there can surely be fewer more ecologically sustainable drinks than cider made from local, unsprayed trees *. Unlike beer, which requires significant amounts of water to produce, cider has a low impact due to the fact that it’s the tree that does most of the work, turning rain water, nutrients and sunlight into delicious fruits. The role of the traditional cider maker is limited to extracting the juice from the fruit…and leaving it for six or more months. Nothing added, nothing taken away (well, except maybe for the optional addition of cider yeast and removal of settled sediment, or ‘lees’). This is the beauty of cider; nature becomes the brewer. As anyone who’s experienced an orchard full of tipsy wasps in the autumn can testify, the natural yeast present on the apple skin begin to transfer the natural sugars into alcohol not longer after the fruit hits the floor. All we must do is encourage this process in a more controlled environment, preventing unhelpful microbes from ruining the party by sterilizing vessels and keeping them airtight.

In 2010 we had our first attempt at making cider. The result was one 5 gallon fermentation bin of drinkable, if on the vinegary side, cider, dubiously named ‘Camley Street djukela’ (djukela being Macedonian for mongrel; a reference to the mixed bag of up to 100 apples cultivars used, although I can’t recall why the Macedonian…). The following year, despite the meagre harvest, we managed to double our modest production, and improve on our branding; two barrels of ‘Gleaner’s Gold’. 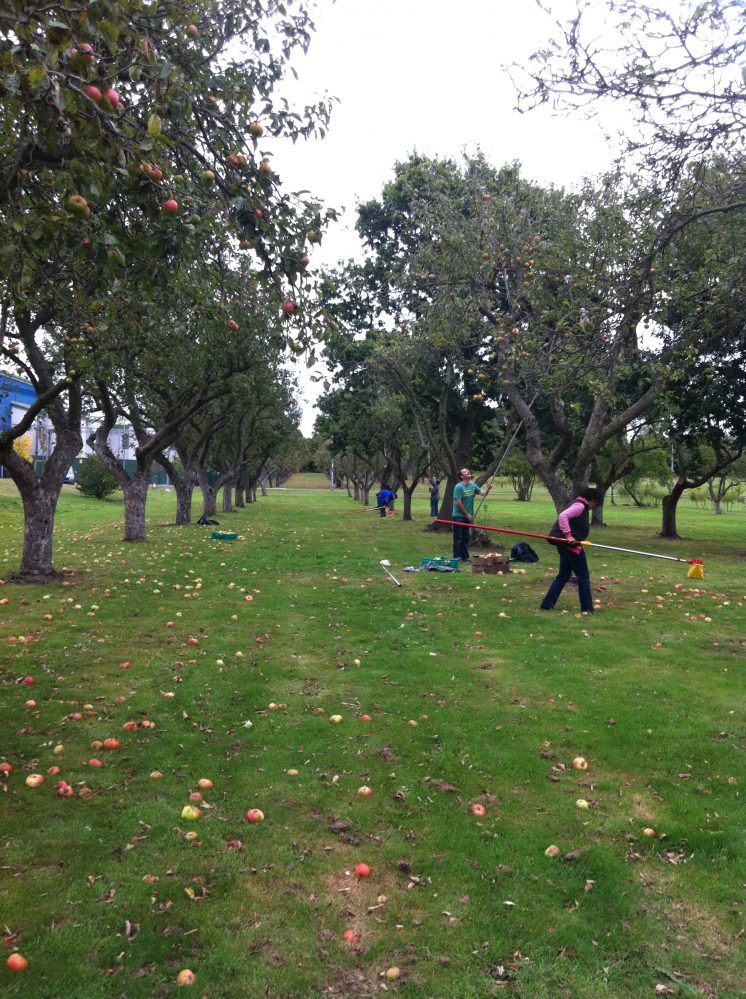 2013 was the year of the bumper crop. Favourable weather conditions combined with a season’s pent up energy from a fruitless 2012 to produce a branch-busting harvest. Here at The Orchard Project we certainly made the most of it, with several harvest days resulting in several vanloads of fruit, including apples, pears, sloes and medlars.

We pressed six fermentation bins full (around 150 litres), and, whereas in previous years the apples were a mixture of whatever were being pressed as part of our juicing activities at our orchard festival, this time we’ve sought to create a 50/50 mix of cookers to eaters. We still had plenty left this autumn which meant we could sell for donation at events this year. We mulled some for our recent party with Alara Wholefoods, for Urban Food Fortnight, and it went down a treat, with people returning again and again for top ups! And now we’re looking for fruit once more for this year’s batch…’Cheers’ to mother nature!

Here is a very useful step by step guide to the cider making process.

And check out our friends at London Glider Cider who’ve made a successful business out of harvesting local London trees to make their award winning ciders.

* When we refer to trees as unsprayed, we’re essentially talking about being organic, but we make the distinction for two reasons. Firstly, as the trees are not certified as organic, it saves any nit-picking about using the organic label. Secondly, and most importantly, apples certified as organic are still sprayed with copper-based sprays which can accumulate in the ecosystem and become toxic. Unsprayed trees, like in community orchards and growing individually as either planted or wildings, are not sprayed at all, and are arguably more organic than ‘organic’.