Home » Blog » A woman’s place is in the orchard! – The historical role of women in orcharding

“Orchards? – That’s no job for a lady!”. Really?! One of our Orchard Mentors and CICO graduate, Cath Palgrave, tackles gender discrimination in the fruit-growing realm, by taking at look at the pivotal role women have played in orchards throughout history.

One evening, while waiting for the bus, I got chatting to a man at the stop. He asked me what I did for a living. This  used to be an easy question, as previously I was a primary school teacher; everyone knew what that was. Now, I have the grand title of ‘Community Orchard Consultant’, which requires an awful lot of explanation.  I was baffled when the response this time was, “That’s no job for a lady!”. Now I didn’t take too kindly to that comment!  But it did get me thinking about why this idea persists. After all, it isn’t the first time that I have been told that I shouldn’t be working with trees and tools because of my gender.

This exchange reminded me of a throwaway comment I had heard years previously, while working with a different outdoor organisation in South Gloucestershire to restore an old orchard that had fallen into decline. One of the workers there said, quite disparagingly, that the reason the orchard had become like this was due to women no longer picking fruit for ‘pin money’ (essentially, pocket money) as they had traditionally done before the war. He said, this had led to orchards being grubbed up (ie. the trees and shrubs being removed and cleared).

So, I embarked on a little research into the history of women working in orchards: prior to World War 1, the harvest was picked by a migrant workforce (primarily from Ireland). This heavily supplemented the resident workforce as there was the need of more workers.  Resident farm workers numbers dwindled further with increased industrialisation and fruit picking work was carried out by ‘gangs’ which were predominately women and their children. Fortunately the Gangs Act of 1847 saw the decline of forced child labour as children under 8 were not allowed to work the land as cheap labour. The number of women who worked the land also dropped significantly, due to many going into service, but the advent of World War 1 brought about ‘The Women’s Land Army’(WLA). 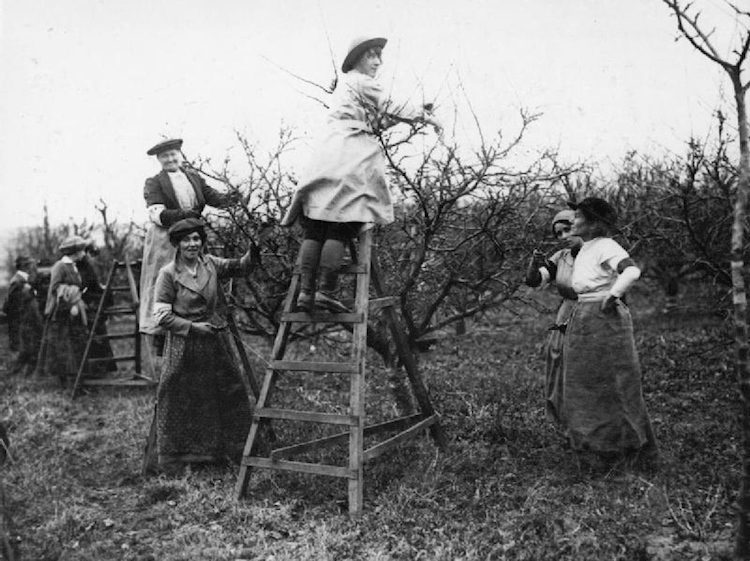 The WLA, more commonly known as The Land Girls, made a significant contribution to food production in Britain. The book ‘ How the Pershore Plum won the Great  War’, (edited by Maggie Andrews and Jenni Waugh) shows how the people of Pershore  in Worcestershire cultivated and worked on the land during WW1. It states:

Most people are aware of the battle of the Somme, but few people are aware that an equally important battle was taking place on the Home Front to feed the men in the fighting forces and the townspeople of Britain. Britain in the early twentieth century was far from self-sufficient in food.

The First World War was won not just on the battlefields but on the Home Front, as food shortages occurred and it became vital for Britain to grow more and eat less. 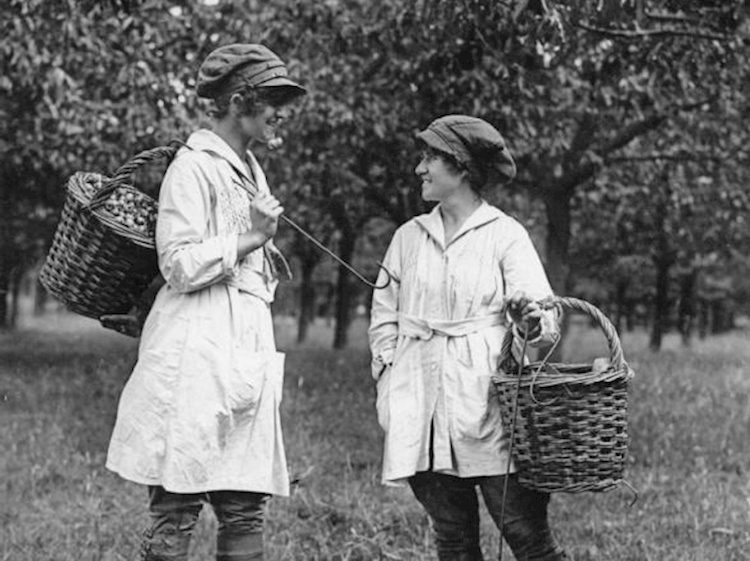 One such group that worked hard in cultivating and preserving fruit and vegetables were the Land Girls (not exclusively, there were also scouts, school children, migrant workers and later on Prisoners of War). So, it seems that it very much was work for a lady and that women weren’t to blame for orchard decline after all!

Fast forward to the present, and women are still working on the land and in orchards up and down the country.  During my time both on the Certificate in Community Orchards (CICO) and subsequently working with community orchard groups around Birmingham, I have worked with many brilliant women. Of course there are many brilliant men too, but as this was written with International Women’s Day in mind, I wanted to highlight those women who worked so hard to help feed people and to those that are carrying on the orchard tradition.

So, no job for a lady? That’s ridiculous. Of course it is a job for a woman- we are doing it!

To honour International Women’s Day, here are some photos of the brilliant females on our team in orchard-action! 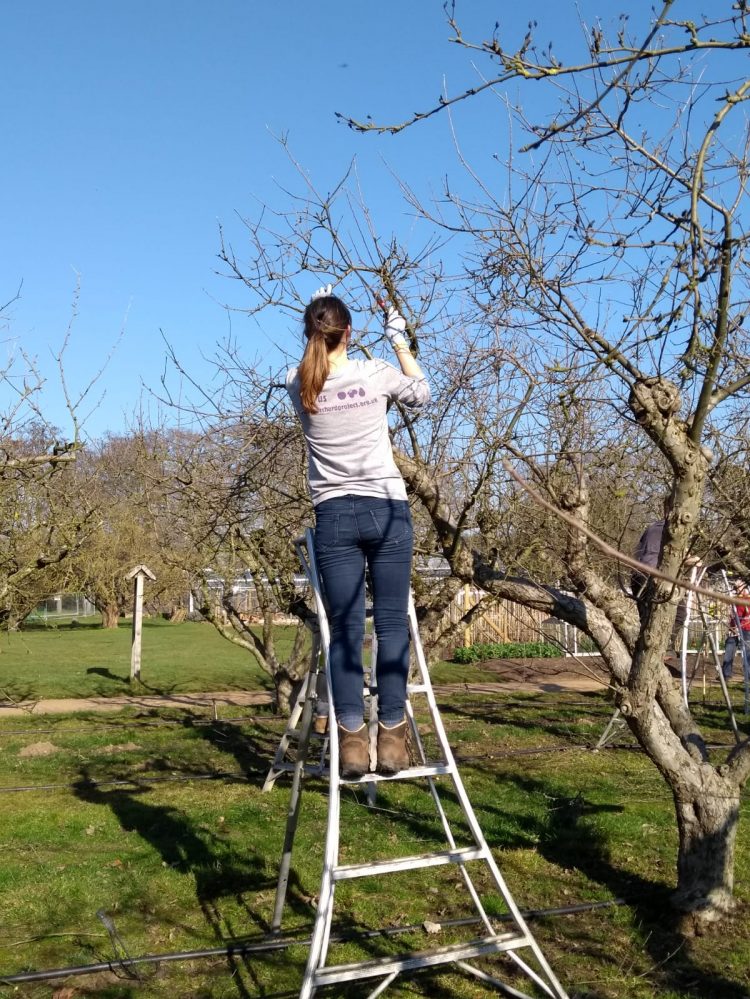 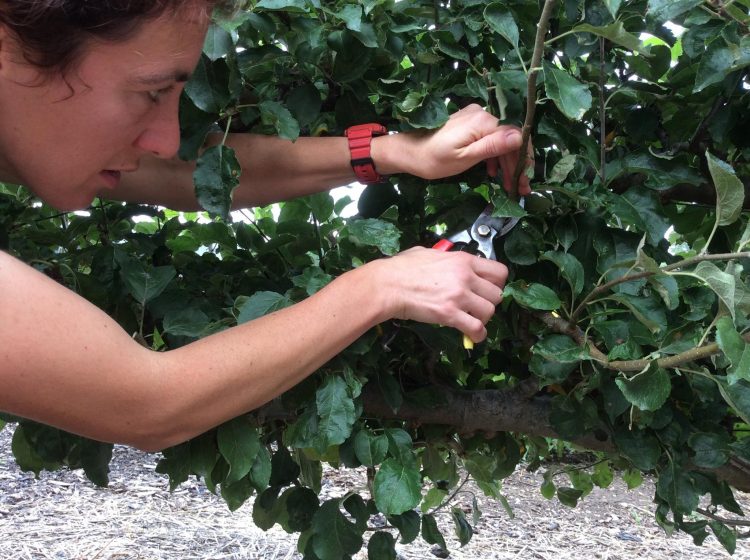 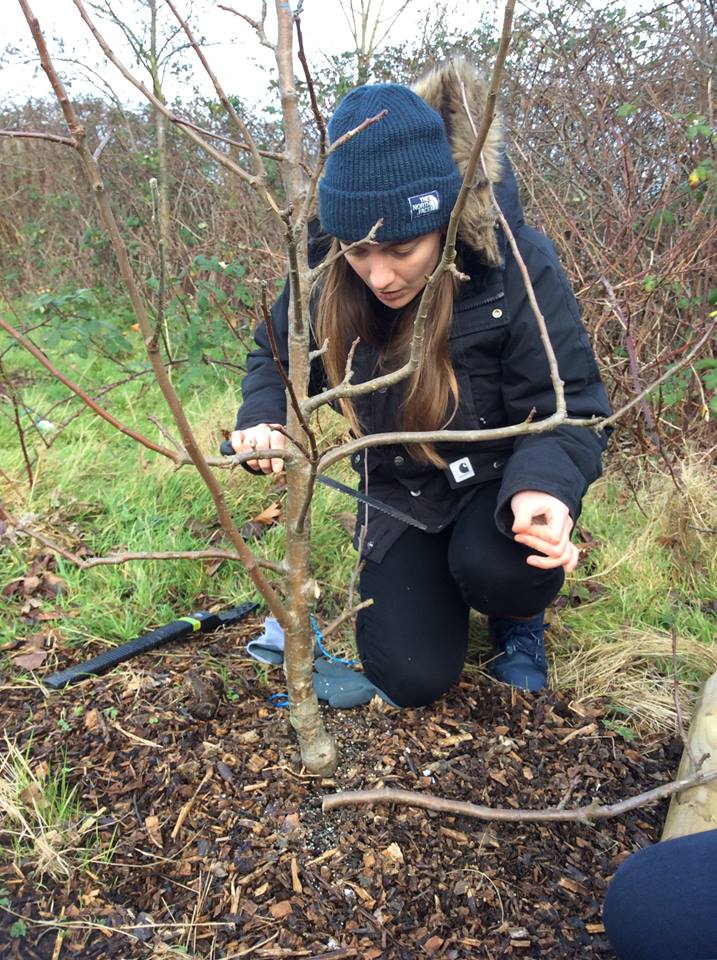 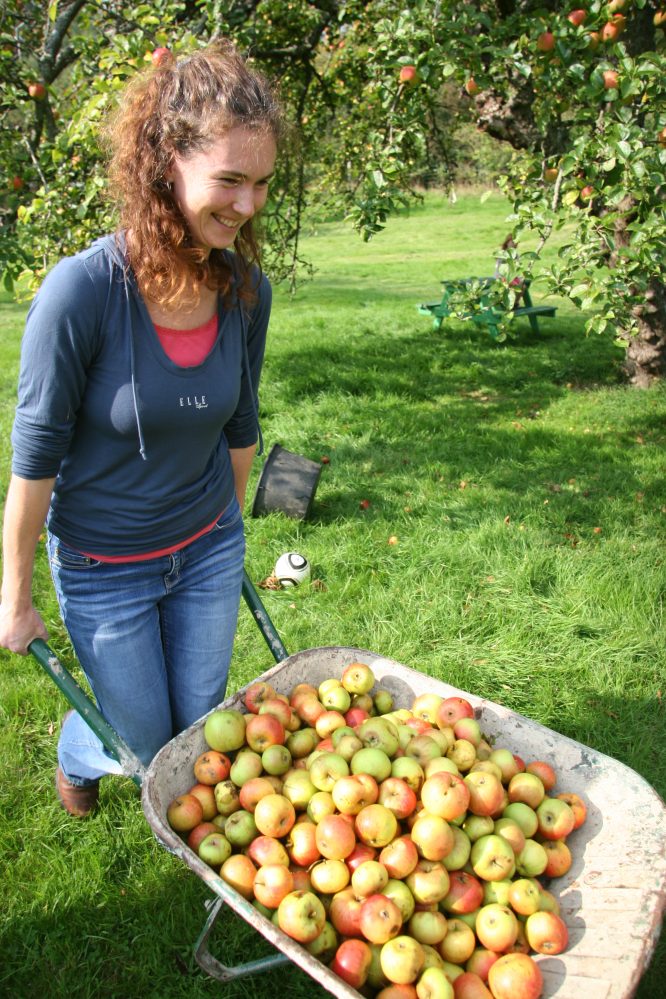 Apples galore at one of our orchards 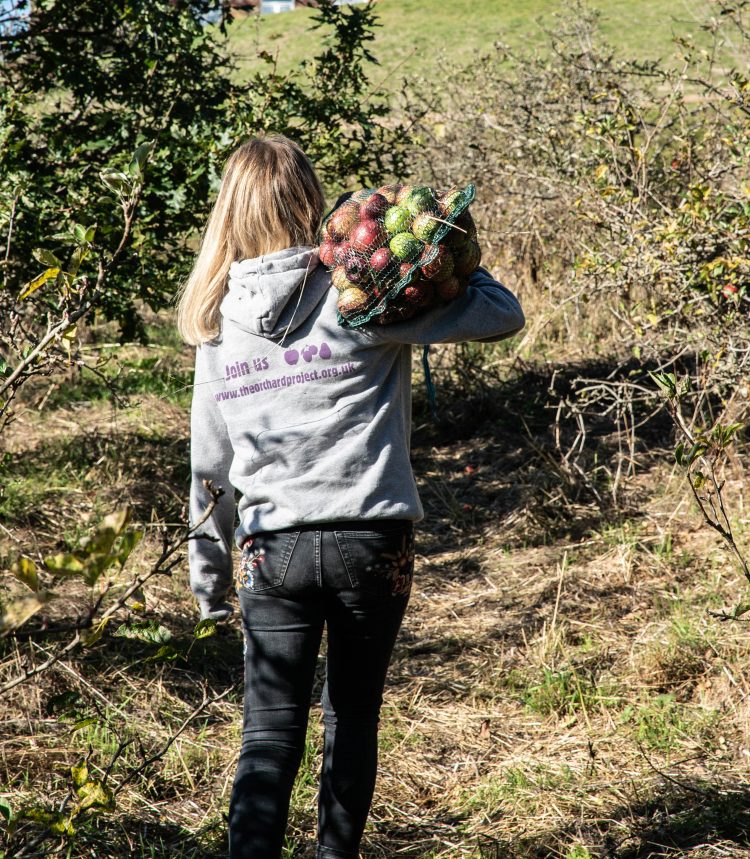